The suspect's vehicle was also impounded during the arrest. 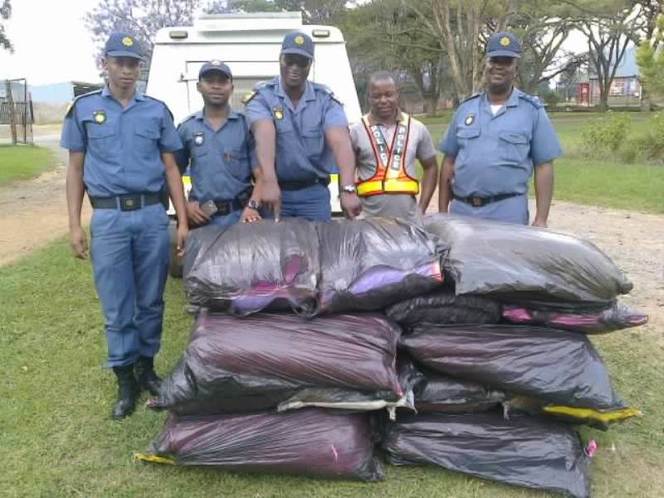 Police officers of Ngome, Gelukstadt and Louwsburg Police Stations with a few of the recovered bags of dagga

Ngome, Gelukstadt and Louwsburg police stations conducted a joint operation along the R69 road from Pongola to Vryheid, and arrested two suspects for being found in possession of 20 bags of dagga.

“We were doing a stop and search looking for drugs, illegal firearms, drunken driving, driving without valid licence and unroadworthy vehicles and dangerous weapons,” she said.

Gwala also said the two arrested suspects, whose vehicle was impounded during the arrest, are expected to appear in Louwsburg Magistrates’ Court soon.

“We want to warn all motorists that as we approach the festive season, we will spread our police visibility and increase our roadblock operations in various areas to ensure the safety of our communities,” she said.