'If the ANC is flatfooted on any issue, it leaves the vacuum for the leadership of society.' 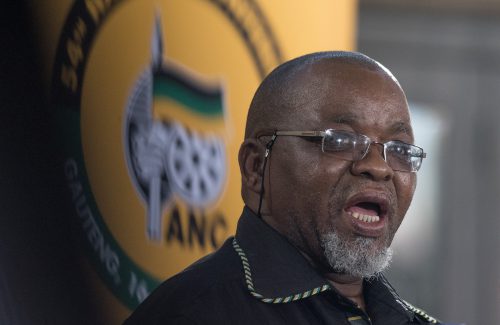 Outgoing secretary-general of the African National Congress (ANC) Gwede Mantashe said on Monday that the party had to resume its responsibility of being the leader of society because the South African populace looked up to it for direction.

Mantashe, who presented his last Organisational Report at the ANC 54th National Conference in Nasrec, Johannesburg, on Sunday, said his report had given the incoming national executive committee (NEC) feedback on every issue that the party had faced – including Nkandla, the public protector’s reports, the Constitutional Court’s rulings, and the positions the party took on over the last five years.

“But central to the message was that if the ANC is flatfooted on any issue, it leaves the vacuum for the leadership of society. The ANC must be able to express a view on any issue, it doesn’t matter how painful it is,” Mantashe said.

“In the plenary, we went through all the the difficult issues that we were confronted with, whether it was the Nkandla case, whether it was the public protector’s report, or whether it was the ConCourt judgment, or the current debate on state capture. The ANC must take firm decisions and provide leadership for society. If the ANC is in doubt, society runs out of leadership and anybody can howl and lead society to any direction.”

Mantashe, who was nominated by 1 499 branches, will be contesting the position of national chairperson against Nathi Mthethwa, who was elected by 807 branches.

Advising the incoming NEC and party deployees to government, Mantashe said the ruling party was not immune to being affected by issues that occurred in government, and that it must guard against this.

“The ANC is taken as the trailblazer of society, and we must not take that for granted. Anything that happens in government has an impact on the ANC,” Mantashe said.