ANC's Naledi Pandor said solidarity with African countries is a critical focus that the country should never move away from. 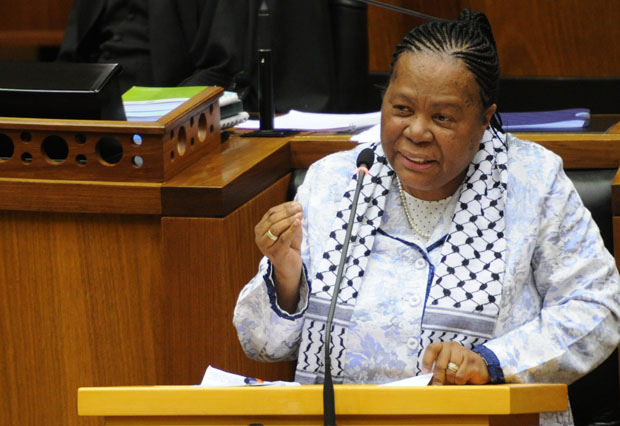 Minister of Science and Technology, Naledi Pandor said the ruling party took a resolution during its conference last year that ties should be cut with Israel.

Pandor said this decision was based on “the absence of genuine initiatives by Israel to secure lasting peace and a viable two-state solution that includes full freedom and democracy for the Palestinian people.”

The minister was speaking in parliament yesterday during the debate on President Cyril Ramaphosa’s state of the nation address delivered last Friday. Ramaphosa is expected to respond later today.

Adding on her views on foreign policy, Pandor urged that Western Sahara – the last occupied territory on the continent – should not be neglected.

“Now that Morocco has been readmitted to the AU it must be obliged to finally free the suffering masses of Western Sahara,” she said.

Morocco was readmitted to the African Union last year. The country left the organisation more than 30 years ago when the AU recognised the independence of the Western Sahara territory.

Pandor said the international cooperation objectives that the president and the government intend to pursue resonate with the country’s progressive international agenda.

She said these objectives include the implementation of the Tripartite Free Trade Area Agreement which combines markets of 26 African countries; negotiating a Continental Free Trade Agreement and the promotion of value-added trade and investment in production within BRICS countries as well as “developing an infrastructure roadmap … to promote increased cooperation among SADC countries.”

“Our focus correctly includes achieving South Africa’s national goals, our national interest, but as leaders such as President Mandela and Mama Sisulu taught us national interest in the absence of a strong foundation of global solidarity makes international cooperation soulless and uninspiring,” Pandor said.

She said the country’s agenda of international cooperation this year offers a number of opportunities, with the most exciting being the celebration of 20 years of cooperation and partnership between China and South Africa.

“Madam Speaker, any foray into international cooperation in this year in which we celebrate President Nelson Mandela and Mama Albertina Sisulu reminds us that we are beneficiaries of their courageous commitment to international friendship. We must show similar courage and commitment. President Mandela began building links of solidarity in Africa and we must never waver from this critical focus,” she said.