Nehawu insists the department overspent its R14 billion by R2 billion as a result of rampant and unmitigated grand corruption. 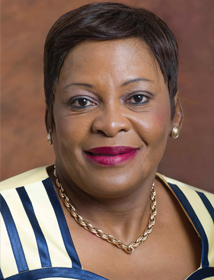 The National Education, Health and Allied Workers Union (Nehawu) strike at 53 workplaces across the department of water and sanitation will remain indefinite until all demands are met.

“The strike commenced this morning at 8. The workplaces consist of offices and dams, where our members are located. Yes, it is a bitter pill to swallow for water users and the public. But it is better to do it now, as the department may have no money left if we keep quiet,” said Nehawu spokesperson Khaya Xaba.

Xaba also disputed the department’s announcement by director of communications Sputnik Ratau that operators at the dams were gazetted on September 12, 1997, to include those responsible for supply and distribution and protective service for the premises and infrastructure at the department.

“The classification of these workers is seasonal, they are not classified as essential between June and December. That is when it is raining, and they need to be at work at all times to ensure the dams don’t flood. Our members who are workers in this department will go on this strike. They are trying to intimidate us.

“Over and above that, when a strike starts there is a committee to organise skeletal staff so that essential services are not affected by the strike. Seven days’ notice was given prior to the strike. If the employer still doesn’t negotiate in good faith, they are required to put measures to mitigate the risk,” said Xaba.

Xaba reiterated to The Citizen they were striking for better working conditions, cleaner offices, safe accommodation and also wanted to register their unhappiness about the department’s decision to outsource services.

“The department is outsourcing the building of dams to contractors though it has in-house contractors and a directorate responsible for those services. Our members are left idling even though they have the manpower,” Xaba explained.

Nehawu was also extremely concerned that the department had overspent its R14-billion budget, and was asking for a supplementary R2 billion after overspending by another R2.9 billion.

“We think the money has gone to this contractors and some of the greedy people. We will be presenting a dossier to the Hawks about the allegations we have against the department. It is a sensitive matter which, upon receipt, was handed to our legal department, which [then] recommended we do not discuss the allegations with the media, but rather let the investigation agencies probe them,” Xaba said.

Ratau said while the department could not dictate to the trade union how to conduct a strike, they were wary of the collapse of service delivery and would continue discussions at the “departmental bargaining chamber”.

When pressed to comment on allegations that the department was trying to raise a loan of R2 billion from the Reserve Bank, as it was broke, Ratau confirmed: “There is over-expenditure, but we don’t know the amount.”