Ten distinctions came as a surprise to Lara Irons

All she wanted was to get into university to study medicine, but instead walked away with 10 distinctions in the IEB matric exams. 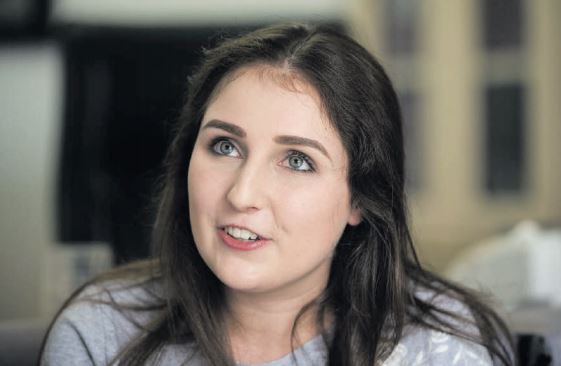 All that Lara Irons aimed for during her final matric exams at Catholic Holy Rosary High School in Edenvale, Johannesburg, was a bachelor pass for university entry but instead she bagged 10 distinctions.

The 18-year-old so doubted her performance that she prepared her parents for the worst, with her parents now demanding answers about why she had misled them.

“I did not have a goal regarding my marks. My goal was to get into university to study medicine… I was surprised. I did not have to be a distinction or a 90%. I did not see it coming,” Irons said.

She studied hard, sacrificed family time and social life and she has reaped the rewards, becoming one of the top achievers of the class of 2018.

Her strategy was to study hard and as consistently as she could, but she gave the bulk of the credit to the environment of the school she has attended since her first grade, 13 years ago.

The teachers that taught her in Grade R are still at the school.

She said the teachers were her world and the school was a home-away-from-home where she was showered with unconditional love and care, and got to relish her small class where she got one-on-one attention and got to know everyone in her grade.

“I feel like I have grown up at Holy Rosary, I feel like I had parents here. Teachers care for you at personal level rather than at professional level. There is such warmth, they have your best interest at heart. Thank you to all of my teachers, caring about you as a person not how you do academically. Of course they are thrilled when you do well and they encourage you to work as hard as you can,” she said.

Irons, who said she would opt for the University of Pretoria or Wits University to further her studies as she wants to be close to home, scored distinctions in all her subjects: English, Afrikaans, Life Orientation, Mathematics, Physical Science, Biology, Art, History, AP (Advance Programme) English and AP Mathematics.

Irons confessed that she is terrible at sports, saying “I can catch a ball but usually I just duck”

She is arty, though, and her artwork have appeared in the school magazine. She also plays the flute.

Her parents are not happy with her career choice, she said, because they felt it was a hard career in which to make a name for oneself.

“[This will be] hard work throughout the rest of my life and they are concerned about that. My mom in fact did send me to job shadowing thinking that I would call her in two hours begging to come home…I think it backfired, though. It felt right…” Irons said.

Clearly proud of her Star pupil, Belinda Damhuis, the school principal, said Irons was very humble and that this was one of her strong attributes, adding that she worked incredibly hard.

“She has an ability to work independently but is also not shy to ask for help, and I think that’s part of the success of any of our pupils. I think many teenagers are shy, embarrassed to ask and Lara certainly is not that,” she said.

Damhuis said even though Irons was very quiet, she was very outspoken, has an opinion and a strong work ethic, and is an independent pupil.

She said Irons was a well-behaved pupil and the only time she was in her office was when she came for tea for best performance.

Damhuis, who has been at the helm for four years, said the school achieved not only a 100% pass rate but alsoa  100% bachelor pass rate, for the fourth consecutive year.

Asked about her formula for success, she thought deeply and said: “I do not do it. I think Holy Rosary is an incredibly school. I have been here for longer than Lara has been alive. I started here in 1996 as a teacher and worked my way up and have been the principal for the last four years. It is an incredible place, teachers do not leave…it is a good place to be at.

“For me part of that is the religious side of it. I think we need that in our daily lives. Whether we belong to a specific religion or not. I do not think that matters. Even though we are a Catholic school we cater for all sort of religions, but for me that is the important thing. We are privileged to teach such wonderful children,” she said.