The man who has since been identified as Elliot/Brighton has allegedly been caught. 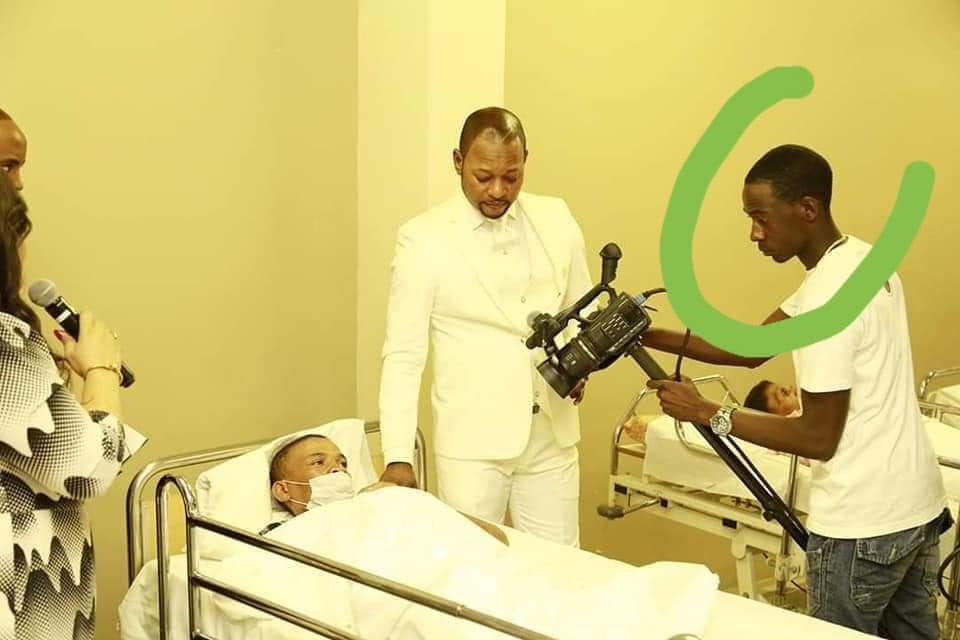 One of the men at the centre of the resurrection storm has been identified by the names Elliot and Brighton and, according to someone claiming to be his employer, he has since been arrested for the part he played in this past weekend’s show.

Speaking to Azania Mosaka during the Tuesday edition of her show on 702, the man named Vincent confirmed that he had been told by his other employees that Brighton had been arrested and that they had no further details at this stage.

“I got word from one of the guys that works for me that knows Brighton, I believe they arrested him today,” said Vincent.

“Can you imagine what a life he’s had? He’s worked for me, he died, he was resurrected and now he’s been arrested,” joked Vincent.

He went on to confirm that Brighton was indeed an employee at his wood-working factory in Pretoria where he had worked until recently and looked completely healthy the last time he’d reported for duty.

According to Vincent, this was not the first stunt Brighton had been a part of as he’d previously allegedly pretended to be wheelchair-bound so that the pastor could “heal” him in front of the masses.

His employer went on to describe him as a very smart man who was unfortunately fond of lying.

Various social media users have also shared old photos featuring Brighton, and, according to them, it seems he may have previously worked with the pastor as his cameraman, among other things.

Update, 1 March, 11.35am: According to Lukau’s church, the cameraman and the resurrected man are two different people. The church’s lawyers disclosed the name of the cameraman to The Citizen on Thursday in a letter, claiming that his life has been badly impacted by the alleged confusion around his identification on social media with the man known as Elliott/Brighton Moyo.

Speaking during a press briefing on Tuesday, Thoko Xaluva-Mkhwanazi, the chairperson of the cultural and religious watchdog CRL Commission, briefly addressed the resurrection scandal.

She explained that they would be instituting a Section 7 investigation into the matter before explaining why the CRL Commission chose to go this route.

#CRLcommission Mkhwanazi-Xaluva says the commission says they’ve been asked to monitor the media which cover church services as well.