Like humans, chimpanzees are culturally diverse but those differences are being eroded by human incursion, international researchers say. 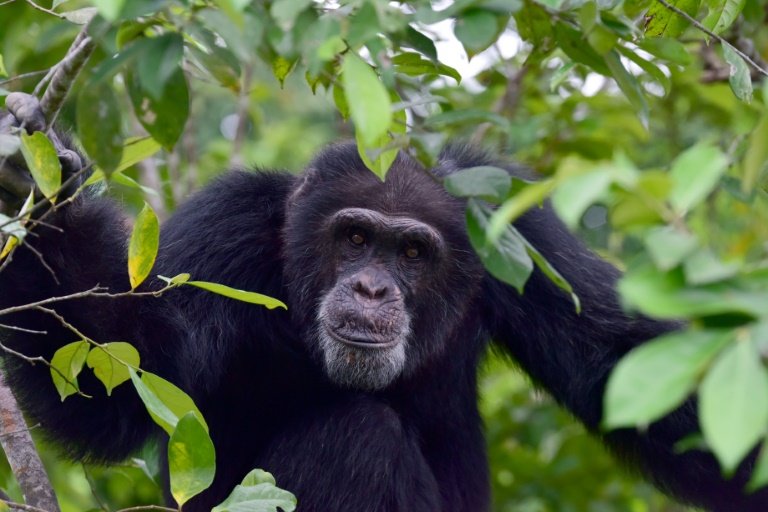 Researchers who studied 144 chimpanzee communities in Equatorial Africa found 31 behaviors that varied from one group to another. AFP/File/ISSOUF SANOGO

The striking results, published in the American journal Science, show that the behavioral diversity of chimpanzees was reduced by an average 88 percent in areas with the highest human impact, compared to remote pristine forests.

In the tropical rainforests and savanna woodlands that are the chimpanzees’ natural habitat, the researchers observed 31 behaviors that were not universal or innate among chimpanzees and varied from one group to another, in a total of 144 chimpanzee communities studied in 17 Equatorial African countries where the animals live.

Reflecting the diversity, not all communities of chimpanzees use the same tools to hunt or dig. Neither do they extract termites and ants in the same way. Ditto for honey and nuts. Their use of stones, ponds and caves also varies.

Researchers assume this diversity is passed between individuals within the group.

They based their findings on existing studies supplemented with their own field observations of 46 communities over the past nine years.

Such data had never before been compiled on chimpanzee behavior, the researchers said. Until now, scientists have focused on the loss of genetic diversity, or human-caused population decline.

Their findings mean that the more humans disturbed the environment with roads, infrastructure, deforestation, agriculture, plantations and so on, the less chimpanzee behavior was diverse.

For instance, researchers have observed areas where nut cracking had ceased.

“These are very noisy behaviors, and hunters could locate you easily,” Hjalmar Kuehl, an ecologist at the German iDiv research center and the Max Planck Institute for Evolutionary Anthropology, told AFP as a hypothesis of why the behavior may have been lost.

Another example of noisy and potentially vulnerable behavior: “accumulative stone throwing” by chimpanzees in Guinea-Bissau, a form of communication where chest-pumping apes throw rocks at trees.

Fishing for algae with sticks, seen in Guinea, is also threatened by encroaching humans.

“Our findings suggest that strategies for the conservation of biodiversity should be extended to include the protection of animal behavioral diversity as well,” said Kuehl.

He proposes to create “Chimpanzee cultural heritage sites,” a concept that can be extended to other species with high degrees of cultural variability, including orangutans or whales.