The two men who need to spearhead the Lions’ turnaround

There's plenty of brain in Swys de Bruin's team, but they now require a bit of old-fashioned brawn too. 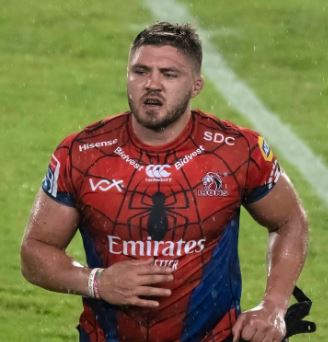 It sounds a bit misguided for a team that prides itself on the collective rather than the individual, but the Lions’ recovery from last weekend’s mauling at the hands of the Sharks hinges on two specific players.

Despite still maintaining a positive win record to date, Swys de Bruin’s team have had a glaring weakness – they lack presence when they face opponents who bully them up front.

It’s a particularly toxic mix for last year’s runners-up when the brawn of those opponents as supported by brains and skills like the Sharks spectacularly managed to do at Ellis Park.

Over the past few years, the Lions have never boasted the biggest pack in the competition, but they still had stalwarts like lock Franco Mostert and flankers Jaco Kriel and Ruan Ackermann who relished the collisions.

That same attitude has been missing at times in 2019.

The first individual who’ll need to take the lead in that regard on Saturday against the Brumbies in Canberra is Cyle Brink.

The versatile 25-year-old flanker is by far the beefiest loose forward in the Lions’ group and has previously mixed undeniable skill with a willingness to be a bumper car too.

It would perhaps be an injustice to criticise him for being rather anonymous last week due to the 42-5 thrashing being his first competitive action in eight months.

“There are a few rookies still among the forwards, but at least Malcolm (Marx) will be supported by Marvin Orie and Cyle,” De Bruin said from the Aussie capital on Thursday.

“I’m hoping that Cyle feels a bit more in the thick of things after his return and stamps his authority a bit more.”

Similarly, the Lions’ nimble backline stars have performed reasonably well when they’re allowed space, but the attacking play has lacked a player that can create that space by running directly at defences.

It’s a skill they’ve lacked since the departure of Rohan Janse van Rensburg.

But in Franco Naude, on loan from the Bulls, they might have an answer.

“He’s a youngster and he’s in an important position,” said De Bruin.

“But I have faith in him, particularly in him playing in a more direct manner, which we want from him.”