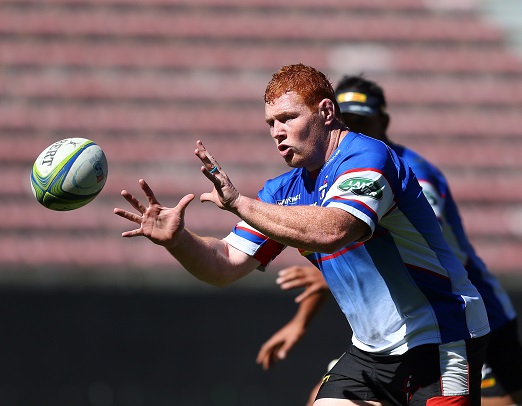 Despite Siya Kolisi being available again, Steven Kitshoff will retain the Stormers captaincy for their Super Rugby meeting with the Brumbies at Newlands on Saturday.

The flame-haired Bok prop took over the leadership in the Capetonians’ final tour match last weekend after flanker Kolisi was rested in line with the Springbok player management protocol.

With the national captain only included on the bench, Kitshoff could again continue in his role.

Meanwhile, there are two changes to the backline and one in the forward pack.

Flank Pieter-Steph du Toit returns to take his place on the blindside after missing the last two games on tour due to paternity leave, with Kobus van Dyk moving from 7 to 8 in place of the injured Jaco Coetzee.

Josh Stander will slot in at flyhalf after some excellent cameos off the bench and the continued inconsistency of Jean-Luc-du Plessis.

Dan Kriel is at inside centre in the place of Damian de Allende, who is the latest Bok to be rested.

Stormers head coach Robbie Fleck said that his team is looking forward to playing at Newlands again for the first time since round four.

“It is great for us to be in front of our supporters at Newlands again, which is something we want to make the most of.

“It will be crucial for us to build some momentum in the second half of the season and that starts on Saturday against the Brumbies,” he said.