The Blitzboks legend provides a cutting edge to the men from Loftus' attack as they feast on the Rebels' mistakes. 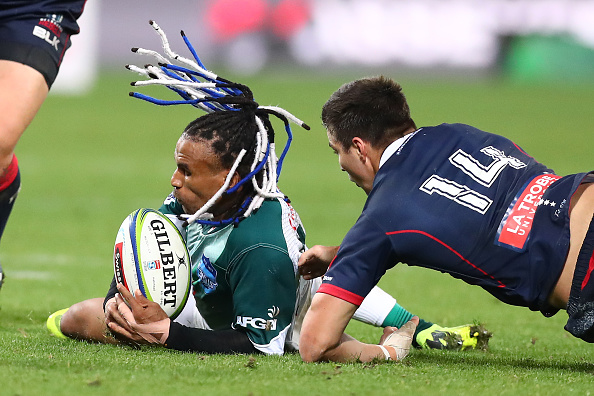 Rosko Specman of the Bulls competes for the ball during the round 14 Super Rugby match between the Rebels and Bulls at AAMI Park on May 17, 2019 in Melbourne, Australia. (Photo by Kelly Defina/Getty Images)

The Bulls returned to a more traditional pattern of play and found a cutting edge in the remarkable sevens skills of Rosko Specman to record a fine 32-17 win over the Rebels in Melbourne on Friday.

Pote Human’s troops focused on a more direct game built on dominating the collisions and robust defence, a move that worked a treat as they capitalised on their opponents’ mistakes to score their points.

Even if the pack laid the foundation, the influence of game-breakers like Specman couldn’t be denied.

Brawn and brains can indeed co-exist to spectacular effect.

Specman was a strong contender, as well as Duane Vermeulen, who recovered from a few butterfingered moments from the kickoff to deliver another robust performance. Yet it was the evergreen Schalk Brits, who turned 38 on Thursday, who showcased his enduring value. The veteran hooker was all over the field, particularly on defence, where he completed 17 tackles and claimed a turnover. It was all-action.