Bafana in high spirits ahead of Morocco clash

Baxter said Morocco were a good side but added that Bafana Bafana were slowly getting into their stride and tomorrow’s match would be a great one. 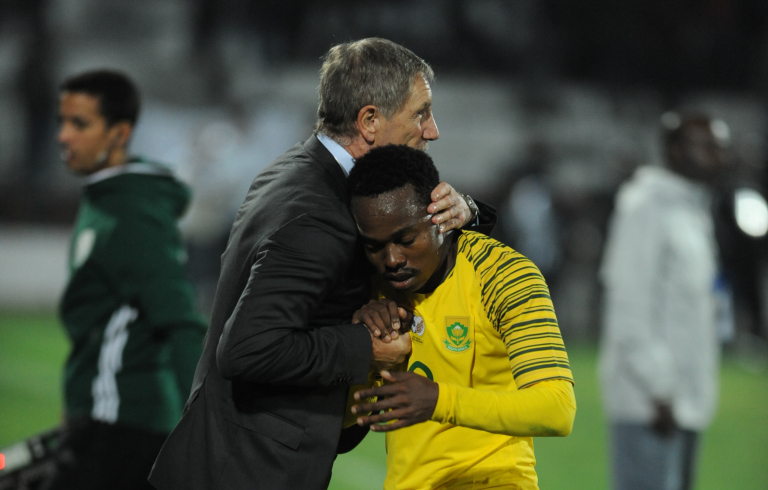 Bafana Bafana coach Stuart Baxter and striker Percy Tau said the team were in high spirits and would give a good account of themselves in Monday’s crucial match against Morocco at Al Salam Stadium in Cairo, Egypt.

This last Group D Afcon match kicks off at 6pm.

Speaking to media at the pre-match press conference, coach Baxter said Morocco were a good side but added that Bafana Bafana were slowly getting into their stride and tomorrow’s match would be a great one.

“Morocco were strong against Ivory Coast, have a very experienced team and will be a tough opponent for us. But we feel that we are settling more and more into a good rhythm and we feel we can give a good game,” he said.

He said Dean Furman trained with the rest of the team on Saturday and seemed to have shrugged off his injury concern but will be further assessed on Sunday afternoon at training. The resolute midfielder who has been a critical figure in Bafana Bafana’s campaign, is set to play an important role in the match against Morocco if selected.

Baxter also revealed that Thami Mkhize had fully recovered from the concussion he suffered in the Namibia game towards the end of the match.

Overall, the Bafana Bafana mentor said the team was far more settled than when they got to Egypt two weeks ago.

“The team feels a bit settled. The players are believing; Dean trained on Saturday and is looking fine while Thami Mkhize’s concussion is ok,” said Baxter.

Meanwhile, Tau who was named man of the match in the game against Namibia said Bafana Bafana were slowly getting to into the rhythm and with more play, can only get better.

“We are getting to a point where with more play time and good results, we can get to where we want to be with our performance and hopefully we will get to that point,” he said.

Tau added that the team was more focussed and more relaxed and that the win over Namibia was the tonic the team needed to move forward.