‘Save us from the judges’ in Mkhwebane’s ‘spiritual fight’

Public Protector Busisiwe Mkhwebane and her supporters – including Bathabile Dlamini – invoked a higher power to help them in their ‘spiritual fight’ against the ‘untouchables’, including the judiciary. 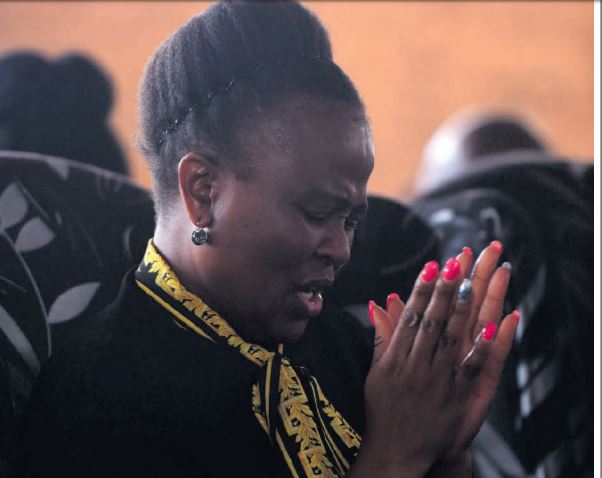 Amid being showered with praise and adulation, Public Protector Busiswe Mkhwebane vowed yesterday not to back down in her “spiritual fight” against “the untouchables” – while the ANC Women’s League (ANCWL) president launched an attack on the judiciary in her defence.

At the same mass gathering, outside Pretoria, ANCWL president Bathabile Dlamini cautioned Mkhwebane against those who “wished to harm her”, saying: “We would be saddened to learn that Comrade Mkhwebane died peacefully in her sleep, or she was in a car crash or that she ate poisoned food. We are not going to allow that.”

Dlamini said there had been public protectors before, but none had been attacked like Mkhwebane.

She said supporting the public protector and other women in similar situations was the league’s national executive committee resolution.

She called on all levels of government to respect the public protector’s office, charging that some of the court judgments against Mkhwebane were “suspicious, unjust, unfair”, and amounted to character assassination.

“It was being said ‘let them be given a chance to do their work’,” said Dlamini.

“Judges, especially female judges, think they flew to be there. Whenever I think about you [Mkhwebane], I get angry and cry. I have also experienced what is happening to you.

The former minister of social development, who herself had rough encounters with the judiciary, was speaking at a mass prayer meeting organised by various churches for Mkhwebane’s office, in KwaMhlanga, northeast of Pretoria.

Mkhwebane vowed to continue on the path of truth, whether she were removed from her office or not. She said her biggest challenge was to dare touch the untouchables.

She said: “We are going forward. Backward never. Even if we die… if they remove me, I will stay on the side of truth.”

She defended her disastrous Ciex-Bankorp/Absa report, in which she was found to have been dishonest and had applied flawed legal reasoning, by saying the SA Reserve Bank itself was among the untouchables.

In the 2017 report, Mkhwebane ordered that Absa pay back the R1.125 billion loaned to Bankorp, now Absa, by the Reserve Bank in the ’80s.

She caused a rumpus at the time when she recommended that the Reserve Bank’s mandate be changed.

“That is a bigger fight … a spiritual fight,” Mhkwebane said to applause.

She thanked the organisers of the event, saying her office was grateful for the prayers.

Meanwhile, parliament has started proceedings this week to formulate policies for the removal of a sitting public protector, seemingly in light of Mkhwebane’s consistent legal shortcomings, with only the Economic Freedom Fighters among the big parties being in her corner.

The chairperson of Democracy in Action, who have raised the funds for Mkhwebane’s steep legal costs, Thabo Mtsweni, told the gathering it will call for a tax revolt if Mkhwebane was removed.