This was helped by a weak rand and commodity price strength. Despite improvements, investors and consumers are questioning whether the industry can create sustainable value for all stakeholders. Image: iStock

PwC’s latest SA Mine report shows a mining sector in its best shape in five years, helped by a weak rand and recovering commodity prices. That has however not stopped the erosion of mining’s share of the economy, down to 7.7% from nearly 10% seven years ago.

The sector is transitioning from labour-intensive deep-level mines to shallower, mechanised mining. “Returning to long-term growth will only be possible with investment in innovative technology to make deep level resources viable again,” says the report, which is based on data from 26 mining groups. 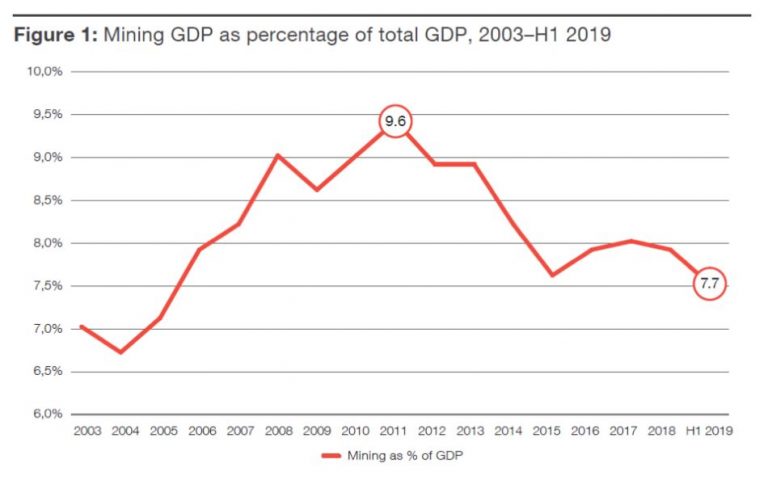 The JSE Mining index outperformed the All-Share Index over the last two years, mainly because precious metals picked themselves off the floor. Despite a healthy two-year climb, the Mining index has yet to recover to 2007 levels and has consistently underperformed since 2012. 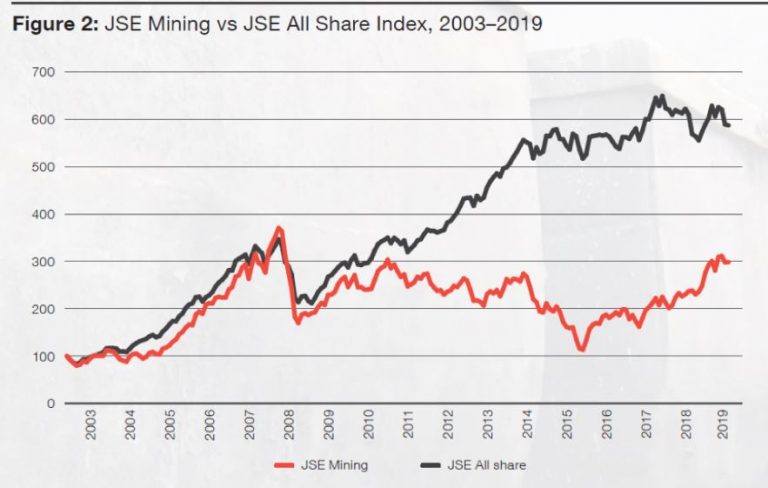 Climate change is a major theme in this year’s analysis, and it’s not just environmental pressure groups that are pushing for cleaner mining. Drought and flash floods have been identified as major threats. Barrick Gold, the world’s largest gold producer, estimates that it has a 5% chance of losing nearly $1 billion in production value every year across its operations because of droughts.

Research by the Council for Scientific and Industrial Research (CSIR) shows that change in the global climate is affecting the way local mines need to plan and build their water management and other infrastructure.

“These studies suggest climate change will make the eastern regions of South Africa significantly wetter, and the western regions drier,” says PwC. “In the eastern areas of the country, this means mines will experience increased rainfall, which could overwhelm current water management infrastructure.”

Several mining groups are already adapting to these risks. Gold Fields spent $32 million on water management practices in 2018, including pollution prevention, recycling and conservation initiatives. Some 66% of its total water use was recycled or reused.

Adding to mining risks are the introduction of carbon tax and the withdrawal of bank funding for carbon-intense projects such as new coal mines. Insurance premiums are increasing due to investor concerns over climate change, adding to an already heavy cost burden. The Carbon Tax Act became effective on June 1 this year and levies a carbon tax rate of R120 per ton of carbon dioxide equivalent. This is expected to result in a 5-10% reduction in emissions over time.

Engagement with local communities will also feature powerfully in the award and retention of mining licences going forward.

Another major theme outlined in the PwC report is the adoption of new technologies to reduce unit costs and automate processes. Digitisation is a fundamental part of the new business model, encompassing and affecting all areas of business: supply chains and operations, marketing and sales, and interactions with current and potential customers.

Total market capitalisation increased in the current year to R884 billion, nearly double the level of the previous year. This was mainly due to the recovery of share prices in precious metals groups. The market cap of gold companies surged 133% and platinum group metals (PGMs) by 129% over the last year.

Impala Platinum more than tripled its market cap on the back of better PGM prices and a strong recovery in operational and financial performance. Anglo American reaped the benefits of its portfolio optimisation with more than R150 billion growth in market cap over the 14 months to August 2019. Gold, iron ore and PGMs were the best commodity performers, and coal remains the largest revenue generator in the mining sector.

Manganese, iron ore and chrome are the only commodities that have seen real production growth over the last 15 years. Iron ore showed a decline over the course of the year partly due to plant maintenance at Sishen Iron Ore.

Gold production is on an ongoing decline despite the higher rand gold prices, which shows the challenges of productivity in deep-level mining.

PGM producers have in the last few years also contributed to the supply of chrome as it is processed as a by-product from the Upper Group 2 (UG2) reef. More UG2 is currently being mined as the traditionally more lucrative Merensky reef is mined out in some mines.

“Lower production without a changing cost structure results in higher unit cost increases,” says the report. “The increased cost structure is therefore likely to put further pressure on declining production commodities, which could lead to further mine closures. A continued focus on productivity and cost efficiencies is required to ensure sustainable growth. Increased investments in technology can enable mining companies to unlock resources and improve costs.”

Capital expenditure increased by 10% over the previous year, with the largest contribution coming from gold (R34 billion), followed by PGM mines (R20 billion). Most of the capex was measured in US dollars, which means the increase in rand terms was largely flat.

Andries Rossouw, PwC Africa energy utilities and resources leader, says despite an improvement in mine operating performance and investor sentiment, the global attractiveness of the industry continues to erode, with investors and consumers questioning whether the industry can create sustainable value for all stakeholders. 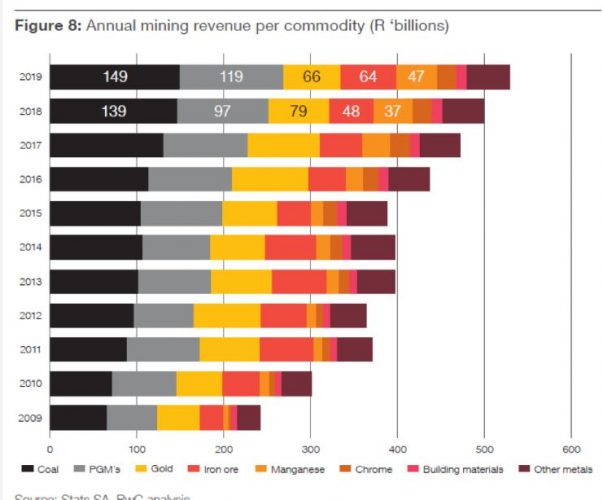 SA is breaking temperature records at a rapid rate – Why you should worry
6 days ago
6 days ago
PREMIUM!

SA is breaking temperature records at a rapid rate – Why you should worry
6 days ago
6 days ago
PREMIUM!