The group has brought to the fore people’s compassion and hope during a dark time, its founder says. 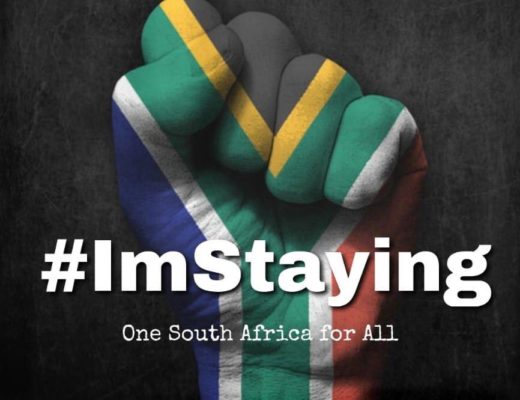 Founder of social media group #ImStaying Jarrette Petzer is in a celebratory mode as the group reached one million followers, spreading positivity in South Africa.

“One flame became two, and then twenty-thousand, and then half a million. And today we are no longer a flickering light, but a raging fire of hope, made up of over one million men and woman who share this same belief,” Petzer said.

In starting the group, he was not sure of how to define it, but with the help of followers it soon took shape.

“I knew that it was something special given the public interest, and I knew that I wanted to use it to help South Africa and to help our people, but to define it into one simple word seemed almost impossible,” he said.

What followed was “indescribable”.

South Africans began sharing their stories and experiences on the group, which “showed us the deep emotion of love that we all had for each other”.

“South Africans across the country and from all over the world began to share stories of how everyday men and woman had been helped or had helped each other in times of need.

The group has brought to the fore people’s compassion and hope during a dark time, Petzer said.

“These stories cut through the rhetoric of fear and division that was consistently been pushed onto us by mainstream and social media – it was like a hot knife through butter; and so began the spreading of a stronger sense of unification among all of our different races and cultures that make this nation what it is.”

People began to feel hopeful, he said, uniting to create “a real chance at turning the tables around”.

He has called on South Africans to share their stories, saying: “Your words inspire hope in others”.

“Don’t keep your beauty within – let us all continue to share in each other’s life experiences, victories, compassion and challenges, and overcome,” Petzer said.

Need an ID for elections? Home Affairs to extend operating hours
7 hours ago
7 hours ago

Need an ID for elections? Home Affairs to extend operating hours
7 hours ago
7 hours ago