Faf still has ODI future and Rabada is being rested, says selection chief

Linda Zondi and co are merely casting the net wider in a short series against the world champion English. 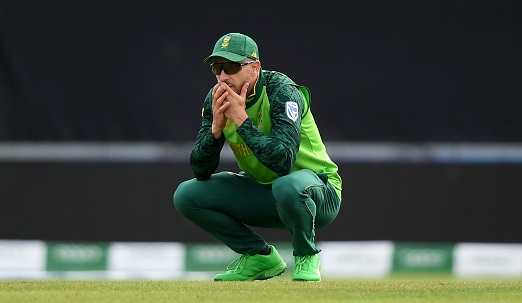 The Test and T20 skipper of the national side was not included in a 15-man squad for the upcoming three-match ODI series against world champions England, with the captaincy being given to star batsman and wicketkeeper Quinton de Kock.

With Du Plessis having said after last year’s World Cup, where South Africa finished seventh, that he would consider his future in the format, Tuesday’s squad announcement suggested that it might be the end of the road for him in 50-over cricket.

ALSO READ: Who are the five new caps in the Proteas ODI squad?

Zondi, though, insisted that the decision to leave Du Plessis out was more about workload and an opportunity to give other younger players a chance to get going on the road to the 2023 World Cup in India.

The decision to leave out premier striker bowler Kagiso Rabada was also centred around concerns over workload.

“He hasn’t retired. He is still in our plans, but it is important in terms of succession plans that we look at other options,” Zondi said, speaking on Du Plessis.

“It is the same for KG (Rabada). It is about managing workloads and this is an important year for us in T20 cricket with the World Cup coming up towards the end of the year (in Australia in September).”

After the ODI series, which takes place between February 4-9, the Proteas will take on England in three T20s from February 12-16 and some of the country’s bigger names are likely to be included then.

Other noticeable exclusions from the ODI squad were allrounder Dwaine Pretorius and speedster Anrich Nortje.

“It’s just about giving opportunities to other guys,” Zondi said.

“Anrich was going to be one of our key bowlers at the World Cup before he got injured and he has been bowling a lot in the Test series, so there is no way that we are throwing him or anyone else away.”

Aiden Markram, meanwhile, is still injured and Zondi said it was unclear if he would be ready for the T20 series.

When asked further about Du Plessis’ future and any plans to retire, Zondi said they would continue to factor Du Plessis into their plans until he said they shouldn’t.

“At the moment he hasn’t said anything to me,” he said.

The first ODI takes place at Newlands on February 4, but before then the Proteas will look to level the Test series in the fourth and final Test starting at the Wanderers on Friday.