The CEO claims that he was suspended 'outside his knowledge'. 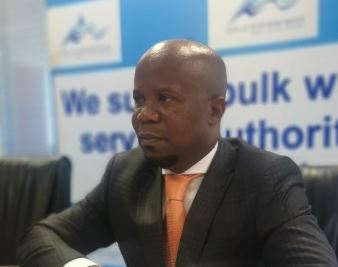 This comes after it was reported that Legodi had been suspended last week, over allegations of maladministration and corruption.

“I am not on suspension, I am still a substantive employee of the board. The department of water, sanitation and the ministry issued a media statement to say I am on suspension. I immediately wrote a letter through my lawyers, seeking clarity on how I could be on suspension outside my knowledge.

“The claims and allegations levelled against me … the only competent body that can put me on suspension upon following the proper process is the board, not the minister. It is also startling that up to today, the minister continues peddling information that I am on suspension,” Legodi said.

Last month, AmaBhungane reported the chief executives of both Amatola Water and Lepelle Northern Water claimed they were being targeted because they were standing in the way of efforts to manipulate tenders and appoint a well-connected company for drought relief programmes.

At the heart of the accusations is Mphumzi Mdekazi, a close confidant and adviser to Minister of Human Settlements, Water and Sanitation Lindiwe Sisulu, Amatola Water chief executive Vuyo Zitumane, and Legodi.

Zitumane and Legodi were reportedly placed on “precautionary suspension”, both stated in affidavits that Mdekazi and Sisulu’s department had tried to pressure them into using a technology called sand water abstraction, to extract water from sandy riverbeds.

Meanwhile, Sisulu appointed a new interim board for the Lepelle Northern Water board in Limpopo.

In a statement, Sisulu’s department said the appointment was due to administrative dysfunction of the previous board as the reason for the change.