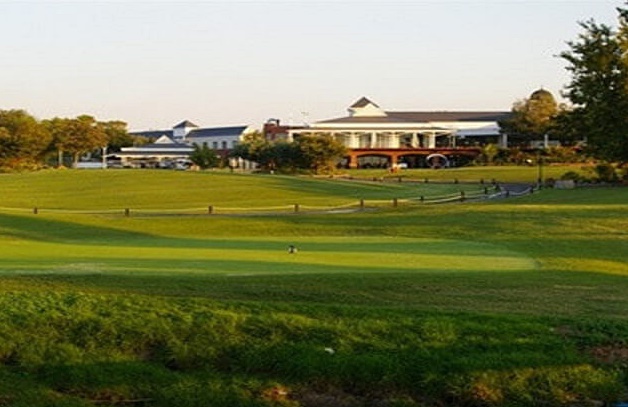 Gauteng police pounced on the Dainfern Golf Club on Sunday after receiving a complaint it was operating in contravention of lockdown regulations.

“Members from the Douglasdale police and Johannesburg Metro Police Department [JMPD] Midrand received a complaint about the golf course which was operating despite the regulations not allowing them,” police spokesperson Colonel Noxolo Kweza said on Tuesday.

“The members went and engaged the manager of the pro shop and informed him that the people may not play golf for leisure but only professionals can engage in the sport,” she said.

It was then agreed the golf course would close and comply with the regulations, according to Gauteng police.

The Dainfern Homeowners’ board of directors, in a statement on Tuesday, said it opened its golf course to members on 6 June.

“The decision to open for golf was not taken lightly but in the absence of any clarification of the position of golf as a non-contact sport from either the government or our South African golfing representative bodies, it became necessary to interpret the regulations ourselves,” the board explained.

It said it had taken the following into consideration when interpreting the level 3 lockdown regulations: In its interpretation, the playing of golf falling under S33 (1)(e) of the regulations which provides that exercise is allowed but not in organised groups and must adhere to health protocols and social-distancing measures.

“We do not believe that golfers booking times to play golf represents an organised group as bookings are introduced to ensure that proper social-distancing measures are possible.”

The board added for the sentiment “that golf is a non-contact sport that may only be engaged in by professionals” to apply; it would require that it be included in S39(1) and S39(2) (b) of the regulations which in summary deals with a place or premises normally open to the public.

It believes it does not fall under the above stated regulations as it is “a private golf club that is not normally open to the public”.

The board said: “It is also clear that golf does not constitute a gathering in any sense more than does running, cycling, skateboarding, tennis or nay other non-contact individual sporting activity.”

It added it had interpreted the regulations in the most rational terms possible “that the playing of golf is an exercise that is engaged in wide-open spaces with very limited contact with other players means that golf should fall into the category of exercise in S33[1][e]”.

The board clarified while it strongly agreed with the interpretation that only professional golf was permitted, it had chosen not to dispute it at this time.

“We do not wish to be in conflict with our local police authorities who operate under extremely difficult conditions and we have thus complied with their ruling and have resolved to wait for a short period of time for the issue of golfing to be clarified before considering our action going forward,” it said.