South Africa’s highest-ranked Test bowler has not played a Test in almost exactly a year. 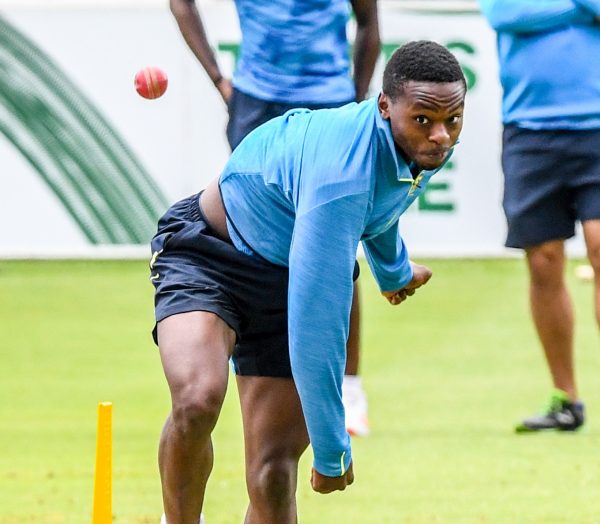 Proteas fast bowler Kagiso Rabada knows it is not going to be easy in their two-Test series in Pakistan, but that’s why he loves Test cricket.

“Judging by the practice square we’ve been bowling on, the ball is going to keep low and there’s not much lateral movement, especially when the ball gets older,” Rabada said in Karachi on Wednesday.

“We suspect reverse-swing is going to play a big role and the ball does not bounce much so we have to bowl much straighter lines. We expect Pakistan to come out fighting and they have some good players, so it’s not going to be easy and we definitely have to earn the right to win.

“But that’s why Tests are my favourite format. It challenges you in every way in different conditions. I love white-ball cricket too, but their pitches are all kinda the same. In Test cricket the pitches and the weather can change and how it all unfolds – you can be chasing the game, or on top, or everything can be even – is a thrill, the way it builds up to a climax.

“It’s extremely rewarding to win a Test after all the hard work you’ve put in.”

South Africa’s highest-ranked Test bowler (sixth) has not played a Test in almost a year, since the Proteas slumped to a dismal innings defeat against England in Port Elizabeth in January 2020.

Rabada, who missed the last Test of that series due to another suspension for overly aggressive wicket celebrations, said he was confident he would be able to access his most competitive inner fires when the first Test against Pakistan starts on Tuesday, and he was grateful for the best fitness advice from the Proteas medical staff.

He missed the recent series against Sri Lanka due to a groin strain.

“It’s great to be back and in full flow and to have that spirit of competitiveness again in a hard Test match will be awesome,” he said.

“The body feels good and I just have to manage it over time and not let the same things happen over and over. But I’m getting a lot of assistance from the fitness trainers and I won’t be thinking about whether I’m going to get injured or not while in the game.

“It’s going to be competitive out there and that naturally gets me going. We will be playing to win.

“It’s going to be very challenging mentally because you have to raise the intensity, so you’re not just physically blown at the end of the day, but mentally too.

“You can’t just stay in one gear, and I think the competitiveness out there will speak for itself. I’m really excited and can’t wait to play.”