Markram: Time at the crease a step in the right direction

The Proteas opener feels his patient, second innings knock in the first Test defeat to Pakistan has at least given him some confidence. Proteas batsman Aiden Markram feels he has learned a lot about playing in the sub-continent following his lengthy spell at the crease in the first Test against Pakistan. Picture: Getty Images

Amidst the wreckage of South Africa’s eighth successive loss on the subcontinent, at least some hope came out of their seven-wicket loss to Pakistan on Friday as Aiden Markram, supported by Rassie van der Dussen, showed the way forward in terms of batting on dry, turning pitches.

Markram and Van der Dussen added 129 for the second wicket in 51 overs in the Proteas’ second innings, putting them back on even terms with Pakistan before the rest of the batsmen failed to heed their lesson and collapsed to spin yet again.

ALSO READ: The burden of captaincy is robbing the Proteas of a batting genius in De Kock

Markram, in scoring his first half-century in Asia in his 10th innings, said he followed Pakistan’s example by batting for five hours and facing 224 balls for his 74. Normally a strokeplayer, he adapted his game to what a slow, turning pitch, with inconsistent bounce, allowed him to do. Van der Dussen backed him up with 64 in 205 minutes off 151 balls.

“In this Test we had a chance to learn how Pakistan played so I observed them closely. They backed their defence even when the ball really started to turn,” Markram said after South Africa extended their winless streak in Asia to 13 Tests dating back to 2014.

“So I really bought into that, it was a challenge to accept that it was really about spending time at the crease and not worrying about scoring runs. That was really difficult for me but it had to be done on a pitch like that.

“Rassie and I both had the same game-plan and our conversations were just to stick with those, although the scoring-rate was very slow. We knew that if we went away from that, then it would give Pakistan an opportunity to strike.

“After spending time out in the middle, you eventually feel that you can find ways to score. But your first 20-30 balls are vitally important and it’s generally very difficult on the subcontinent for the new batsman to get in.”

While the 26-year-old opener had reason to be happy with a landmark innings, Markram clearly still felt he let the team down by getting out shortly before stumps on the third day. He was part of a collapse of three wickets in the last eight overs before stumps as the Proteas were put back in serious trouble by the Pakistan spinners, Yasir Shah and Nauman Ali.

“I’ll take a bit of confidence from the innings but ideally I would have loved to kick on and not get out so close to stumps. That would have helped settle the changeroom and maybe we could have set a better target,” said Markram.

“By getting out when I did, it opened the door for Pakistan, and I blame myself for that. Rassie’s wicket was also obviously a big moment, but at least we didn’t throw our wickets away.

“They put enough balls in the right places and got reward. So it felt like we took a few steps forward but were then forced a few steps back by those wickets, and then it was always going to be tough for the new batsmen coming in at that time of day.

“But at least it was a step in the right direction for me, although I’m obviously not all of a sudden going to be the finished product now just by scoring one fifty on the subcontinent.” 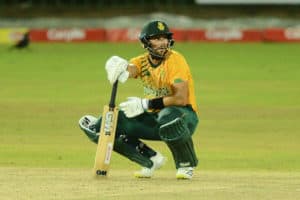 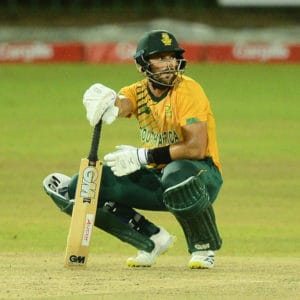 Proteas have 'no baggage,' says Markram, ahead of T20 World Cup
4 days ago
4 days ago

Proteas have 'no baggage,' says Markram, ahead of T20 World Cup
4 days ago
4 days ago