Rassie van der Dussen says the Proteas will be making an active effort in the second Test, which starts on Thursday in Rawalpindi, to spend more time in the middle. 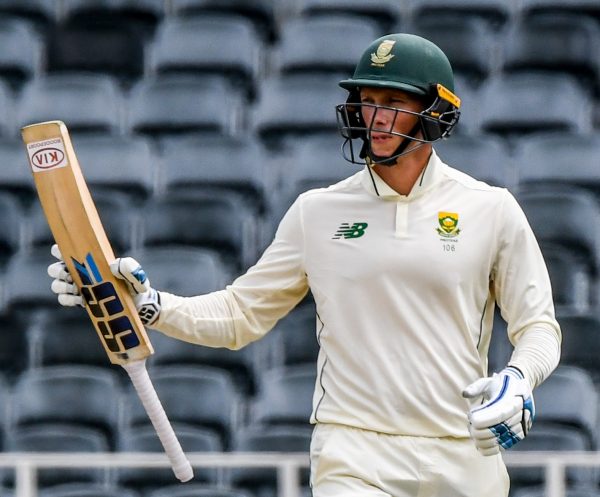 Rassie van der Dussen hopes the Proteas will take the lessons they have learned into the second Test against Pakistan. Picture: Getty Images

Rassie van der Dussen was a virgin when it came to Test cricket on the sub-continent going into the first Test against Pakistan in Karachi last week, and South Africa’s No 3 batsman pronounced himself satisfied with his efforts on Monday.

Van der Dussen, whose previous sub-continental experience had been limited to a first-class game for SA A in 2018 and a handful of T20s, made 17 and 64 in Karachi.

His first innings saw him get off to a fluent start before he needlessly ran himself out, but his second innings was a fine 151-ball effort that reignited the Proteas’ hopes of winning the game along with Aiden Markram.

“For my first Test match in the sub-continent I was quite happy,” Van der Dussen said.

“You speak to players who have been successful here in the past. They prepare you for what to expect, and after spending time in the middle I can see it was exactly what we spoke about.

“So it’s nice to know my preparation and execution was good and I will take confidence from that into the second Test.”

The 31-year-old batsman said the Proteas would be making an active effort in the second Test, which starts on Thursday in Rawalpindi, to bat for more time than they did in their poor first innings of just 220 in the Karachi defeat.

“We were really disappointed to only get 220 after winning the toss. On the sub-continent, batting time is vital and we know as a batting unit that we weren’t even close to good enough,” Van der Dussen said.

“We prepared in bad conditions which is what we got to an extent, so we had the right game plan. It was just the execution was lacking. It’s our responsibility – if you get in, and a few of us got starts – to put pressure on the opposition. You need to get 350 at least and bat the whole day.

“But it was all of our first time in Pakistan, so it’s valuable experience that will hold us in good stead going forward.”