It is believed that Magashule, in his court papers, argued the rule was specifically added to target him. 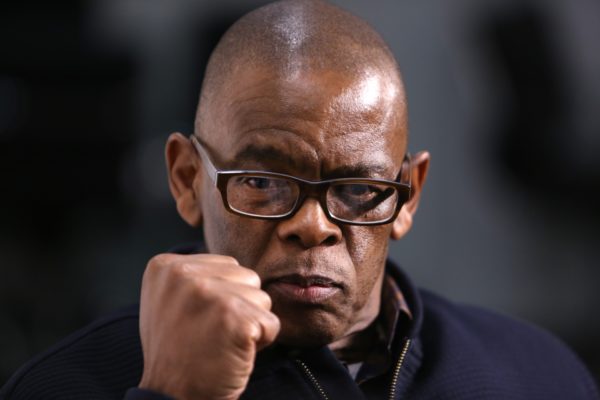 Suspended ANC secretary-general Ace Magashule has served papers on the ANC, arguing the rule forcing him to step aside from his position is unconstitutional.

News24 has reliably learnt the papers were served on Thursday and are set to be lodged in court on Friday on a semi-urgent basis, and that advocate Dali Mpofu is acting on his behalf.

In the papers, Magashule argued the party’s Rule 25.70 in its constitution, that those who have been charged with serious crimes in a court of law should step aside, undermined the constitutional principle of innocent until proven guilty.

It is believed that Magashule, in his court papers, argued the rule was specifically added to target him.

He also argued President Cyril Ramaphosa’s letter last August, in which he drew a line in the sand on corruption in the ANC, was written to target him because Ramaphosa allegedly knew the National Prosecuting Authority would charge him in November with fraud and corruption.

WATCH: Ace Magashule is in a fighting mood

Integrity Magashule was ordered at the end of March to step aside by the party’s national executive committee (NEC) after the integrity commission in December recommended this, but when he failed to do so within the 30-day-deadline he was given, he was suspended. Sources close to Magashule told News24 late on Thursday he was expected to apologise for the “letter of suspension” he wrote to Ramaphosa,

but there would be conditions attached. One of Magashule’s allies, Carl Niehaus, who is also the spokesperson for the Umkhonto weSizwe Military Veterans Association, told TimesLive a number of NEC members were set to join Magashule in his court action.

The case is expected to be heard before the end of the month with a judgment expected in early June.