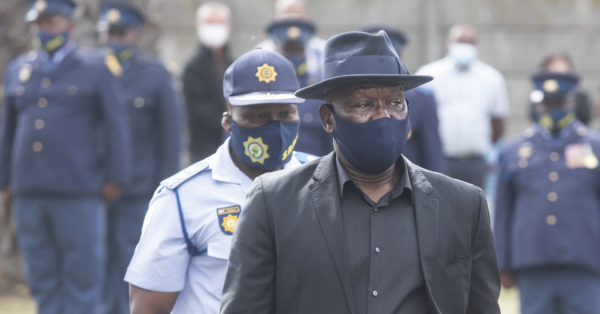 This came after the escalation of politically-related incidents in the province in 2018, forcing President Cyril Ramaphosa to establish an interministerial committee (IMC) to address the situation.

Role of the IMC

Cele said the “mandate of this committee was quite clear from the onset”. The ministers of State Security, Defence, Justice and Correctional Services together with the police (Saps) were “tasked with ensuring the perpetrators of politically related crimes are brought to book”.

The committee’s first meeting was held on 21 May 2018, with the formation of an integrated multidisciplinary task team established in July 2018. Cele said the most recent committee meeting “concluded not to allow KZN to be a killing field”.

Cele cited several high-profile cases and said the task team had achieved a reasonable measure of success despite Covid-19 challenges. For instance, the case of former ANC ward councilor Qashana Mchunu will be brought before a court of law on 26 July 2021.

In addition, the murder of former ANC Youth League (ANCYL) secretary-general Sindiso Magaqa will commence on 19 July 2021. To date, eight suspects have been arrested, of which five were charged for Magaqa’s murder.

Four suspects arrested for the murder of the executive director of Alfred Duma municipality, Oscar Hlatshwayo, will appear in court on 16 August 2021.

Cele confirmed that two cases had been concluded:

Bheki Cele also confirmed at the media briefing the team investigated 226 dockets in the past three years with 251 arrests made. In addition, 46 suspects have been found guilty, of which 30 were convicted of murder.

“Out of 34 murder cases, nine life sentences were handed down. Twenty-two accused have had 10 to 50 years imposed on them. Twelve accused have been convicted for no more than 10 years and the remainder are going through the court processes,” Cele said

Sixty-nine case dockets “somehow linked to politically-related cases” were considered for investigation, according to Cele, “either with similar suspects or through ballistics”.