National Director of Public Prosecutions Shamila Batohi has reminded Andrew Chauke that he has a responsibility to ensure 'speedy justice'. 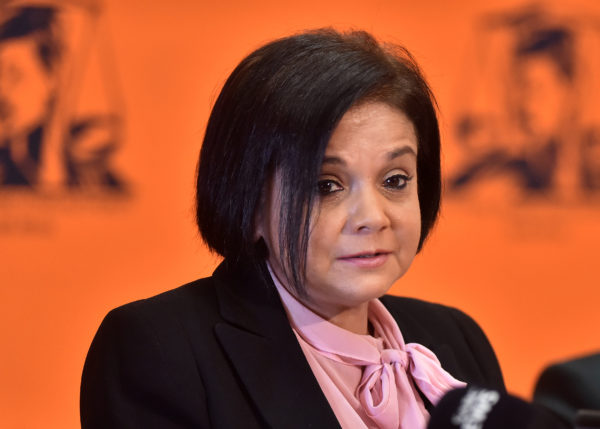 National Director of Public Prosecutions (NPPA) Adv Shamila Batohi during a media briefing in Silverton where she introduced the new Investigating Director at NPA Head Office on Friday, 24 May 2019. (Photo by Gallo Images / Phill Magakoe)

Sunday newspapers are reporting that National Prosecuting Authority (NPA) boss Shamila Batohi has demanded answers from the South Gauteng director of public prosecutions, Andrew Chauke, on various decisions he made, or allegedly made, so that she can decide what to do about it, and him.

There is reportedly bad blood between the two prosecution bosses and City Press has described the letter to Chauke as a “precursor” to his being removed from his important position.

Batohi has, among other things, questioned Chauke on his apparent initial reluctance to prosecute former president Jacob Zuma’s son Duduzane for culpable homicide despite a magistrate having found there was prima facie evidence that Duduzane may have been negligent when losing control of his Porsche and crashing into a taxi in 2014. A Zimbabwean woman died and three people were left injured.

Batohi also questioned Chauke on why former police crime intelligence head Richard Mdluli was not prosecuted on a murder charge related to the 1999 shooting death of Oupa Ramogibe, who had an affair with Mdluli’s customary wife.

In 2019, Mdluli and his co-accused, Mthembeni Mthunzi, were found guilty of the kidnapping and assault of Ramogibe.

They were sentenced to to an effective five years in jail.

Duduzane Zuma was, however, acquitted on culpable homicide and reckless driving charges at the Randburg Magistrates’ Court in 2019 and Chauke, in his responding letter, used this fact in partly defending his earlier reluctance to have charged the younger Zuma.

Sunday World has reported that in response to Batohi’s demand for an explanation for why there had been a delay of 10 years to prosecute former Gauteng health MEC Brian Hlongwa for tender corruption involving about R1.2 billion, Chauke denied that he had been delaying the case. He said that a racketeering case against Hlongwa was close to being finalised.

According to Sunday World, he also played down his involvement in charging former KwaZulu-Natal Hawks boss Johan Booysen for racketeering related to the so-called Cato Manor death squad – which led Booysen to file a R7 million wrongful arrest and malicious prosecution damages suit against the state. That is yet to be finalised.

The NPA declined to comment on correspondence between its officials, while neither Batohi nor Chauke were willing to comment about it either.