Of the cases, 656 were sexual abuse, 287 physical abuse, deliberate neglect 220, 160 emotional abuse, 13 abandonment cases, one child labour and one of child trafficking. 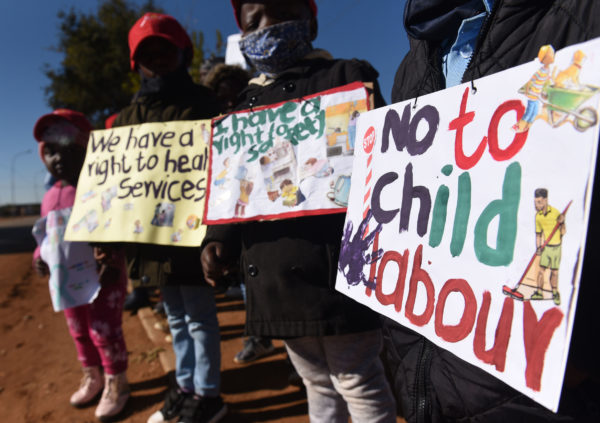 Of the cases, 656 were sexual abuse, 287 physical abuse, deliberate neglect 220, 160 emotional abuse, 13 abandonment cases, one child labour and one of child trafficking.

“The safety and future of our children are under severe threat as the department tasked with the responsibility to ensure their safety has failed as evident from these reported cases,” Nt’sekhe said.

“These numbers are sad and worrying considering that the department underspent by R300 million on Programme Three: Children and Families for the 2020-21 financial year. This money could have been used on child abuse awareness campaigns and conscientising people across the province on child abuse and its impact on the future of children.”

The DA said it would write to the legislature’s social development committee chairperson Refilwe Kekana to summon the MEC and the head of department to account to the committee for these failures.

The party will also request the MEC to explain measures her department is putting in place to ensure these numbers are not repeated.

“Child abuse can lead to a wide range of adverse consequences for children and the DA will continue the fight to protect children from such evil acts,” Nt’sekhe said.

Unicef said earlier this year that a third of girls in South Africa experience some form of violence, often from someone they know.

ALSO READ: Parents in court for child abuse that ‘killed one child’, left another injured

“Violence against children remains a critical challenge facing South African society today, despite tremendous efforts to curb this scourge. The legacy of violence and extreme inequality from South Africa’s past is compounded by high poverty and unemployment in the present,” Unicef said.

“This combination places many children at risk of domestic violence, substance abuse, sexual abuse and neglect. The scale of violence in South Africa alone is deeply worrying. Perhaps more concerning is how violence has become normalised in everyday life, weaving abuse and neglect into the country’s societal fabric.”

It said it was working on its vision for a South Africa free of violence.

“While the scale of this challenge is daunting, with focused policy, advocacy and intervention – and with the joint commitment and resources of the South African government and other partners in civil society, the media, communities and businesses – this vision can become a reality.”