Cele said Zuma's arrest is 'on hold' as the pending litigation 'has a direct impact on the action which they should take.' 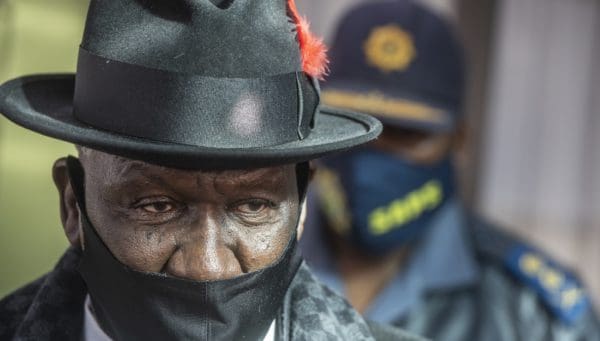 Cele this is “out of respect of the unfolding litigation,” unless otherwise directed by chief justice Raymond Zondo.

“Our clients are fully aware that the litigation steps taken by Mr Zuma cannot be categorised as appeal processes which in usual cases would have an effect of suspending the operation of a court order.”

The attorney – representing police minister Bheki Cele and police chief Gen Khehla Sitole – said “the pending litigation has a direct impact on the action which they should take in terms of the court order”.

The letter, included below, was attached to Zuma’s court papers submitted to the court. Zuma’s stay of execution will be heard at the Pietermaritzburg High Court at 11:30 on Tuesday.

Speaking at the vaccination drive on Monday, Cele said he’s awaiting clarity regarding an order from the Constitutional Court as there “were no other legal activities taking place”.

ALSO READ: Zuma’s view of the world different to that of logical people

He said there was no need to rush, adding the ministry still has “time on that one.”

Cele faced criticism on Monday for the police’s lack of action at Nkandla when Zuma supporters defied lockdown regulations. No arrests were made, however, Cele said action would be taken in line with the Disaster Management Act and Covid-19 regulations pertaining to gatherings.

Cele told media representatives in Soweto that more than 100 people gathered at Nkandla, some even carry firearms, and dismissed claims the police were not present.

According to Cele, more than 200 police officers were deployed to Nkandla on Sunday, and authorities had footage of Zuma’s supporters violating Covid-19 regulations.

The reason for inaction, he explained, was to keep the situation under control. Speaking on Jacaranda, Cele said, “Just because we didn’t pick them on that day, it doesn’t mean we’re not going to”.

SA and China to strengthen relations, fight Covid and boost trade
20 hours ago
20 hours ago

SA and China to strengthen relations, fight Covid and boost trade
20 hours ago
20 hours ago