Ntshavheni said that Gauteng is relatively calm and was steadily returning to normalcy. 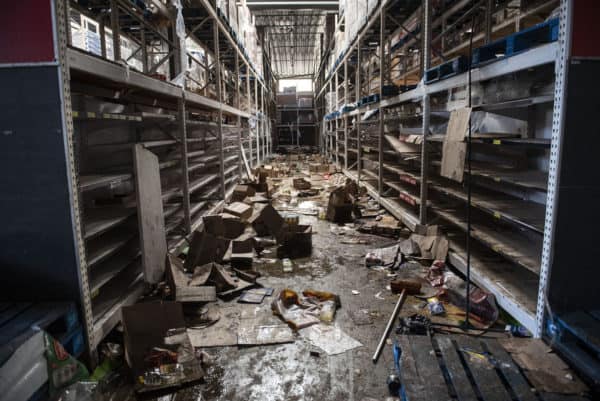 The death toll from violent protests around Gauteng (GP) and KwaZulu-Natal (KZN) has risen to 117.

This was announced on Thursday by Acting Minister in Presidency Khumbudzo Ntshavheni.

Ntshavheni said that Gauteng was relatively calm and was steadily returning to normalcy.

“We are pleased that the Gauteng province has been relatively calm and that there has been fewer reports of incidences over night and this far,” said Ntshavheni.

“We have arrested 139 additional people, which makes a cumulative total arrest in GP to 725 to date the Saps has received reports of 26 deaths.”

“The situation in KZN remains volatile but much improved, it is moving towards stability.

She said that there had been 39 incidences reported in KZN overnight and an additional 392 arrests were made, which makes cumulative number to 1,347.

Ntshavheni also urged members of the community guarding against looting in the absence of law enforcement officials not to take the law into their own hands.

“Government would like to caution the public that although persons are entitled to protect their property and life, as long as this is done in a manner that everyone’s right to life is protected as provided for in our constitution and can only be infringed in extremely limited circumstances in order to protect life or integrity of the one who being attacked,
we do not want a situation where members of the public are loggerheads with the law after their attempts to protect their communities properties and own life, so we are pleading that do not infringe on the right of others and do not take the law into their own hands,” said Ntshavheni.