Concourt confirms Manuel can’t get R500K from EFF for defamation

The former minister wanted the party to cough up so that he could donate the proceeds to charity after he was defamed. 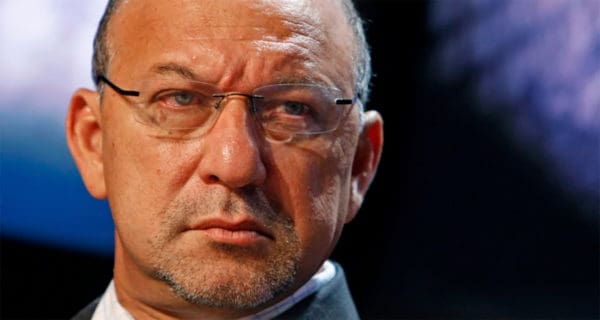 The Constitutional Court has upheld a decision from December last year by the Supreme Court of Appeal (SCA) which overturned the R500,000 defamation award former finance minister Trevor Manuel secured against the Economic Freedom Fighters (EFF) in 2019.

TimesLive has reported that Manuel wanted the award reinstated even though he intended to donate it to charity.

The SCA refused the EFF leave to appeal the North Gauteng High Court’s May 2019 findings that a statement in which it had effectively accused Manuel of nepotism and corruption, had been defamatory and unlawful – as well as an interdict that had at the time been issued against the party.

“It appears that the simplistic view was taken that if one were to provide victims of social media defamation with a quick and easy way of seeking and obtaining sizeable damages awards on motion, that would bring to a quick halt these kinds of transgressions,” judges Mahomed Navsa and Malcolm Wallis, who penned the ruling with three judges concurring, said, “we do not agree that the problem can be resolved that easily”.

A Twitter war had erupted between the EFF and Manuel in March 2019, after the former issued a statement in response to news that Edward Kieswetter had been selected as the new commissioner of the South African Revenue Service (Sars).

In the statement, the party labelled Kieswetter – who was appointed to the position at the recommendation of a panel chaired by Manuel – a “dodgy character” who was “not just a relative of Trevor Manuel, but a close business associate and companion” and charged that Manuel had “unlawfully” appointed him as deputy commissioner previously.

Manuel – who vehemently denied the allegations – ended up turning to the South Gauteng High Court, where Judge Elias Matojane ultimately found in his favour. The judge ordered the EFF to take the statement down and apologise, as well as to cough up R500,000 in damages, which Manuel subsequently indicated he intended donating to charity.

After an unsuccessful attempt to appeal Matojane’s ruling in the High Court, the EFF turned to the SCA, where its case was heard towards the end of 2020.

The case was heard solely on the papers in the high court and, during arguments in the SCA, the appeal judges repeatedly suggested the issue of quantum should have been referred to oral evidence or trial.

Navsa and Wallis said: “A defendant is entitled to challenge that evidence and present countervailing evidence. How else would a court be able to determine an appropriate award? Relevant evidence has to be presented and fully explored.”