'It is a different ball game coming back from Congo with a victory, Sekhukhune will be different,' said the Usuthu goalminder. 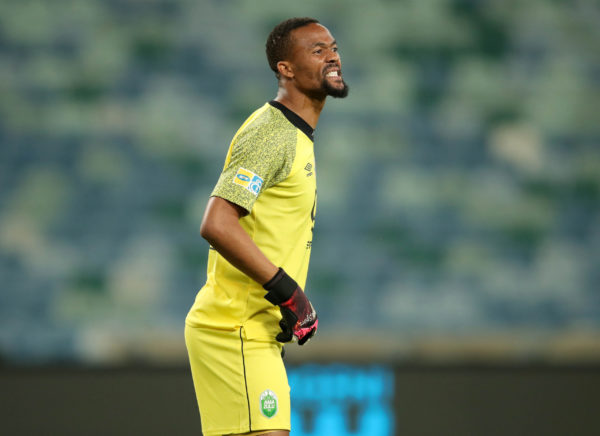 Gearing up for a DStv Premiership clash with Sekhukhune United at Ellis Park Stadium on Wednesday, Amazulu FC goalkeeper Veli Mothwa says no team can beat them if he makes sure that he doesn’t concede goals.

Mothwa and his Usuthu teammates go into this tie high in morale following the team’s first ever qualification for the Caf Champions League group stages after playing to a 1-1 draw with TP Mazembe in the final qualification round in Congo over the weekend, which meant AmaZulu advance to the next phase by way of away goals having played to a goalless draw in the first leg.

The 30 year old, however, anticipates a tough match against Babina Noko.

“It is a different ball game coming back from Congo with a victory to qualify for the group stages (Caf Champions league). It’s written down, everyone wants to beat AmaZulu. But we are back, playing in the DStv Premiership against Sekhukhune,” said the shot-stopper.

“It is going to be a difficult game to play, but we as players have to make things easy for ourselves and do what the coach wants us to do. And then apply our minds and our hard work on everything. So, it is going to be a good game, but not an easy one. But we will work towards getting maximum points.

The team from KZN had a slow start this season, managing to only record two wins in their last seven games, while playing to four draws and one loss. They have 10 points in the bag and occupy position eight on the log. Sekhukhune are placed in sixth place with 11 points, after registering three wins, two draws and two losses.

In his last 12 appearances in all competitions for Usuthu, the 30-years old Mothwa has conceded nine goals and has amassed five clean sheets.