Ramaphosa: 8.9 million children will be forced into child labour by end of 2022 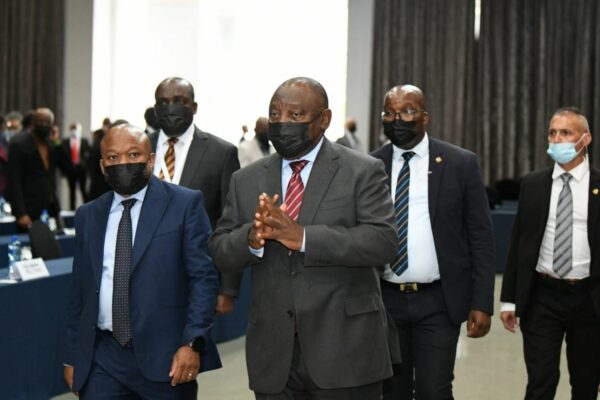 President Cyril Ramaphosa says 8.9 million children will be forced into child labour by the end of 2022.

He was delivering the keynote address at the fifth international Labour Organisation Global Conference on the Elimination of Child Labour currently underway in Durban.

According to the International Labour Organisation and UNICEF, there had been substantial progress in addressing the worst forms of child exploitation.

Ramaphosa said the pandemic had deepened poverty, inequality and underdevelopment across the world. This step backwards would affect the progress made to eliminate child labour by 2025.

“We must attain universal access to social protection, with a specific focus on children and the vulnerable.
By providing a basic floor of support for families with children, we can reduce the need for children to be put to work, whether in the home or elsewhere,” said Ramaphosa.

The president emphasised the exploitation of children is not limited to children working in sweatshops and mines.

In South Africa, the exploitation of children manifests somewhat differently.

“It is the children in domestic servitude to families and relatives, prevented from attending school because they have to do household work,” said the president.

“It is the children of labour tenants on farms fulfilling exploitative agreements with farm-owners, where the entire family must work on the land in exchange for the right to live on it,” he added.

Ramaphosa also highlighted that children sold as sex slaves are the worst form of human exploitation and child exploitation.

One of the complications arising from the pandemic is the fragmentation of global supply chains, which has affected child labour in countries with extractives-based economies.

“This is a matter that should be taken up by the ILO, business, labour, human rights activists and civil society,” explained Ramaphhosa.

In time to come, the economic impact of the pandemic will also influence patterns of migration.

“We know that child labour co-exists with migration flows and socio-economic instability in developing economies,” he said.

In a climate where millions are prepared to brave the harshness of deserts and rough seas in search of a better life, the risk of children being exposed to exploitative labour practices is high.

“The reality is that our prospects for eliminating child labour and achieving decent work are limited unless we change the structure of the global economy and the institutions that support it,” concluded Ramaphosa.

NOW READ: Child labour in the spotlight this week