There's no denying that whenever Ashley Dlamini steps into the ring, fight fans are sure to get their money's worth. 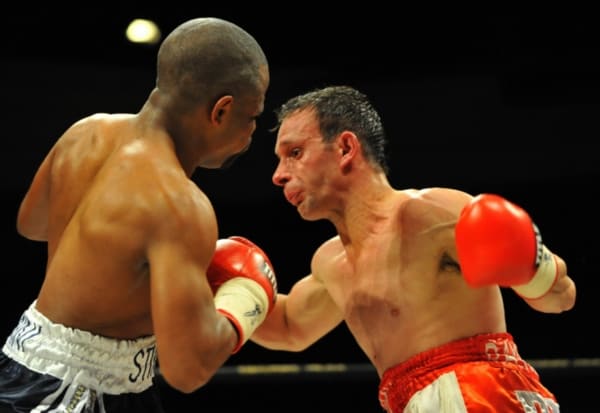 The 29-year-old has been involved in some memorable, and bloody, wars during his 18 fights in the paid ranks. And on Monday night he gets another opportunity when he steps in the ring to face Joseph Modise at Emperors Palace.

The two will slug it out in a junior-lightweight contest scheduled for six rounds as part of the “Raising the Bar” box and dine event that will be headlined by the junior-welterweight tussle between the experienced Ali Funeka and Jason Bedeman.

There’s an air of familiarity about Dlamini’s bout not only because he has met his opponent before, outpointing him back in 2011, but also that his sparring partner Joey Stiglingh and his late brother Bongani “Sweetpea” Dlamini both fought, and beat, Modise.

But that hasn’t stopped Dlamini from working hard over the last few weeks, especially when one considers that a win here puts him in line for a fight on the undercard of the “Fighting Force” bill at the same venue on November 9 with a possible rematch against Koos Sibiya for the Gauteng title being mooted.

“I’m in shape for this fight. This is the hardest I’ve prepared for a fight,” Dlamini said this week. “The guy I’m fighting has fought Joey. I know he’s a boxer, he can box. I’ve prepared because they’re promising me that I’ll fight on November 9, so I’m focusing on both.

“There’s pressure. I have to make sure that I win this fight because a fight that is going to bring me more things is the one on November 9.”