The group said they would rather continue roaming and scavenging the streets of Lenasia looking for food, than to be kept in a safe place. 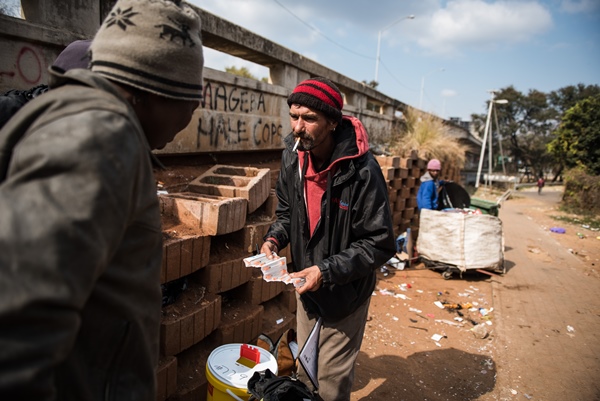 International Day Against Drug Abuse and Illicit Trafficking, 26 June-Marko Bekker is seen exchanging clean needles with an addict in the Pretoria CBD as part of a needle exchange programme known as the Harmless Program, 26 June 2018, Marko used to be a user himself and had been injecting herion dayly for about 7 years before joining the programme in order to help other addicts on the streets of Pretoria. Picture: Jacques Nelles

A group of homeless people in Lenasia has vowed not to set foot in shelters during the lockdown.

The Gauteng government has embarked on a drive to place the homeless into shelters, where they are provided with meals and accommodation, to minimise the spread of Covid-19.

However, the initiative led by MEC Panyaza Lesufi has not gained traction from a group of homeless people, who claim to be addicted to drugs.

The group said they would rather continue roaming and scavenging the streets of Lenasia looking for food, than to be kept in a safe place. Their main concern was that there were no drugs allowed in shelters.

They claimed shelters put their lives at risk because they do not have access to their daily fix.

Double amputee Tseko Molefe and his friend Mojalefa Lebusa said they would rather flee to another area than to be housed temporarily in a shelter.

Molefe lost both his legs in 2004 when he was electrocuted in Heidelberg.

Molefe and Lebusa, who are from Evaton and Residensia respectively, met in Lenasia and have been friends since.

Lebusa pushes Molefe in his wheelchair while asking for money at intersections to buy food and drugs.

“We are addicted to nyaope. We smoke it three times a day. Life for us is going to be difficult if we don’t have access to drugs. We need it to survive.

“I started doing drugs at a young age. The government must take us into rehabilitation centres, not shelters. Some of our friends have fled from those shelters and are back on the streets. We don’t have instructions to follow, we are on our own,” said Molefe.

Lebusa backed Molefe, saying he was not ready to leave the street life.

“This is our life. There are no drugs in shelters. How and where are we going to get our fix? Only if they give us drugs daily, then we will go to those shelters. If not, they must leave us alone. We are afraid of dying in shelters, due to drug cravings,” said Lebusa.

Nhlanhla Mabaso, from Zondi in Soweto, could not remember when he left his home, claiming he spent most of his teenage years on the streets.

“I left home because of drugs. I was addicted at a young age. I am not going to any shelter. I am here to stay,” he said.

Mabaso said he had been to a rehabilitation centre once, but relapsed.

“I left the rehabilitation centre clean. I relapsed and returned to drugs. Here, we sleep on pavements and roam streets asking for money to buy food and to feed our addiction. 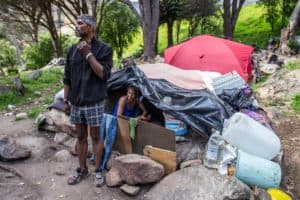 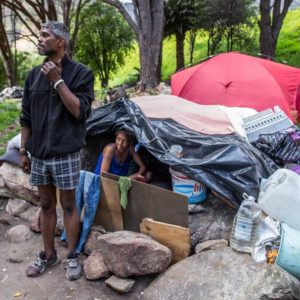