The second case was also asymptomatic as she did not display any symptoms. 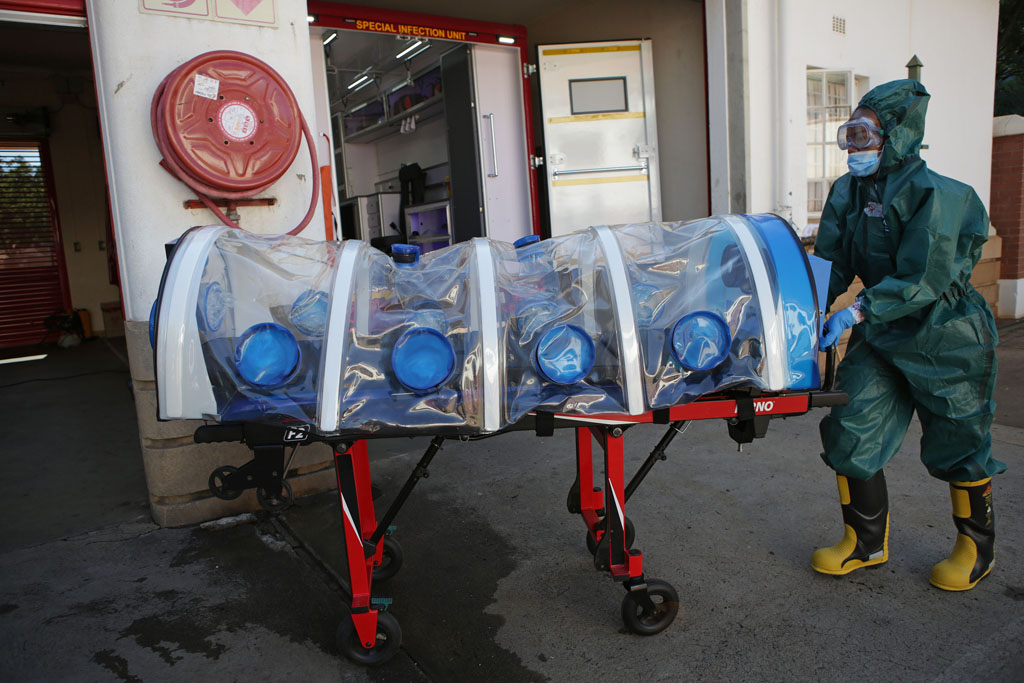 A member of the Tshwane Special Infection Unit on COVID-19 coronavirus wearing personal protective equipment (PPE) push the isolation chamber equipped with a negative pressure filtration system during their demonstration exercise at the Hatfield Emergency Station in Pretoria on May 4, 2020. (Photo by Phill Magakoe / AFP)

The City of Tshwane has temporarily closed its Disaster Operations Centre after a second official stationed at the facility tested positive for Covid-19.

Tshwane’s head administrator, Mpho Nawa, said on Thursday an employee from the emergency services department had tested positive for the virus.

The centre was set up to bolster the City’s response to the Covid-19 outbreak.

Earlier this week, Nawa said a police officer, also working at the centre, was tested after being admitted for scheduled treatment which was unrelated to Covid-19.A

“She tested positive after she was screened during routine pre-admission, she may have been asymptomatic.”

The second case was also asymptomatic as she did not display any symptoms.

According to Nawa, both officials who tested positive for the virus, “have been diligently following daily routine screening upon reporting for duty, which entails temperature scanning, completing a questionnaire and sanitising”.

Following the two cases, all personnel stationed at the centre have been tested and directed to self-isolate for at least 14 days.

“They will be working from home in the meantime,” Nawa said.

“Having said that, the City takes this opportunity to assure residents that every measure is being implemented to flatten the curve and ensure that residents comply with level 4 lockdown regulations.”