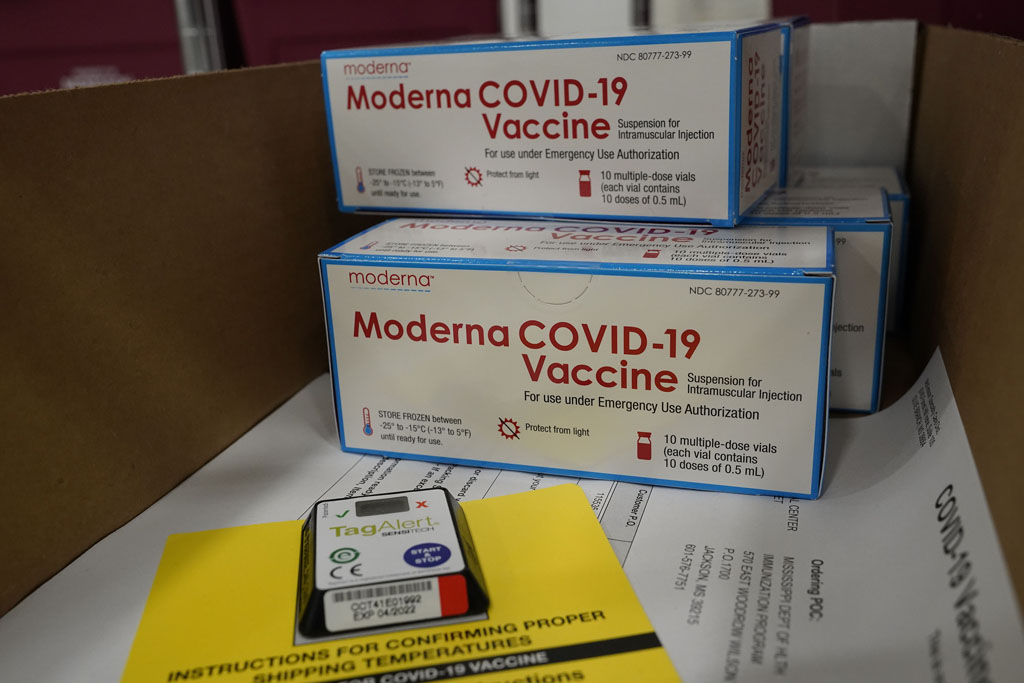 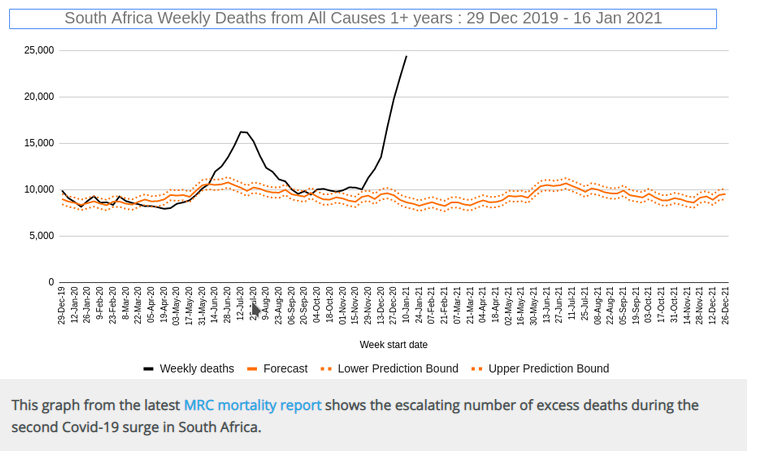 Between 3 May 2020 and 16 January 2021, the number of excess deaths in South Africa was more than 106,000. This is the estimate of the latest weekly Medical Research Council (MRC) mortality report. These excess deaths are, either directly or indirectly, due to the Covid-19 epidemic.

Some of those deaths may be because people with other diseases were squeezed out of the health system or were too afraid to seek medical help. But as had explained before, the vast majority of these deaths were very likely caused directly by Covid-19. This is supported by the likelihood that there were a lower number of deaths from flu and other infectious diseases last year.

The health department’s confirmed Covid-19 death toll is a bit over 40,000. This undercount is primarily because many people die without having being diagnosed with Covid-19.

There were over 16,000 excess deaths in the week ending 10 January, worse than the grim record set the previous week. To put this into perspective, that’s more than 2000 excess deaths daily, more than double the worst weeks of the HIV epidemic in the mid-2000s, though the high Aids mortality went on for year after year (and is still too high at about 150 to 200 daily). Also, people with HIV on average die much younger than people with Covid-19.

In the worst week of the first Covid-19 wave in July, there were about 6500 deaths. In other words the second wave peak will be at least double that. As of the week ending 16 January it is not clear yet if the peak of the second wave has been reached.

The latest MRC report includes a detailed explanation of the methodology used. The MRC has actually been providing two estimates of excess deaths. One is based solely on historical data and is 106,787 for all causes of death. A slightly higher estimate adjusts for a drop in mortality during the first lockdown in March 2020 and this is 112,280 natural deaths (excluding accidents and homicides).

The table below lists the number of excess natural deaths per province between 3 May and 16 January (from the MRC), the estimated number of people per province as of 2020 (per Statistics South Africa’s 2020 mid-year population estimates) and the deaths per 100,000 people (GroundUp‘s calculation). The number of deaths per 100,000 for the whole country is approximately 188. Taking the global Covid-19 death data at face value this would make South Africa the second-hardest hit country in the world, but in fact this is almost certainly not the case, as most countries underestimate their Covid-19 deaths. (Also, some of the excess deaths may not be due to Covid.) 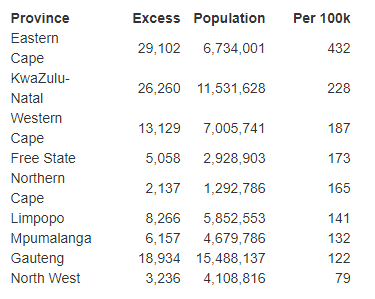 These data are extremely grim. There is no task more important for the South African government now than to obtain and distribute one or more of the three Covid-19 vaccines that have been shown in clinical trials to be effective and sufficiently safe (hopefully in the next few weeks there will be at least one more proven vaccine to choose from).

Read the original report on GroundUp