‘The worst is yet to come’: doctors warn of third wave that’ll decimate families

‘A teacher infected her kids, husband, parents, sister and grandmother.’ 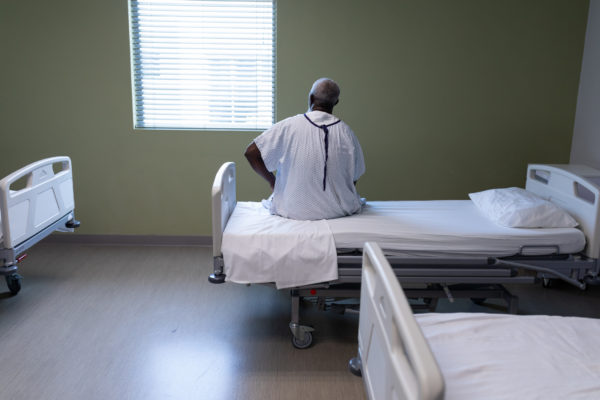 As hospitals and medical workers in Gauteng prepare to be swamped by Covid-19 cases, the third wave of infections is now affecting whole families, which it did not in the first and second waves.

A Johannesburg-based doctor, who agreed to speak anonymously because he works at the Life Group hospital, said the first and second waves of infections largely affected individuals, whereas in the third wave it has become common for all family members to be infected.

“I had a patient who is a teacher, who infected her three children, husband and her parents who are 70 years and older. The grandmother was also infected along with the teacher’s sister and her 12-year-old son.”

Medical experts say this is possibly because families are not isolating infected members within the house, as recommended.

It is recommended that Covid-positive people be kept away from those who are not infected, in a well-ventilated room and have their own, separately washed eating utensils and bedding while they are in the infectious stages, for at least 10 days of isolation.

A doctor on Twitter this week spoke of a family whose 15-year old son tested positive and decided that “it’s coming so we might as well all get it”. The father contracted the disease, was hospitalised and died.

Doctors are worried about what will happen in Gauteng over the next and following week, when hospital admissions from the soaring infections will rise.

The private doctor said that, currently, new patients were only admitted once other patients were discharged. He said over the past seven days, community infections have increased dramatically.

“Which means seven to 10 days later, the number of infected people needing to be admitted to hospital may increase drastically. I’m very worried about what’s going to happen next week.”

Last week, the Gauteng department of health confirmed the number of Covid-19 hospital admissions had increased, putting the facilities under pressure.

“There has also been an increased number of People Under Investigation, particularly in the West Rand and City of Johannesburg Districts,” Kwara Kekana, spokesperson for the Gauteng MEC for health said.

The department said it has adopted a Risk-Adjusted and Demand Informed Strategy to optimise the department’s response to the third wave.

“In addition to the newly built infrastructure in areas such as the Chris Hani Baragwanath Academic Hospital, Jubilee Hospital and Bronkhorstspruit Hospital, wards and beds are always repurposed, based on the demands of the pandemic at the time,” Kekana said.

Dr Sayuren Moonsamy, a flight doctor who works in various hospitals, said many facilities are at their capacity.

Another challenge was emergency centres nursing patients for prolonged periods, while other patients await a bed, he said.

“Healthcare workers are currently overloaded by patient volumes and the healthcare system was running on reserve.”

Moonsamy said in some instances patients are being assessed and managed outside facilities due to a lack of space because of current patient volumes.

“Doctors are sometimes going into ambulances to assess patients while they’re awaiting space in emergency centres. Some patients are being treated while seated on chairs in the parking lot,” Moonsamy said.

He said he has heard of patients having to wait in cars on oxygen.

Bloom added no one in South Africa is fully vaccinated yet because the people from the first round of vaccinations are still waiting for the follow-up jab.

Jacques du Plessis, managing director of Netcare’s hospital division, said they have not yet seen a surge in Covid-19 admissions.

“Although the situation remains fluid, at present our facilities in Gauteng are under pressure, while Netcare facilities in all other provinces remain on high alert,” Du Plessis said.

The Citizen’s picture editor, Michel Bega, toured a number of public and private hospitals in Gauteng yesterday and reported that things seemed quiet, with no sign of people being treated outside.

He was told by ER24 that, so far, they had not been pressured in terms of calls for ambulances.