Saphra is probing the adverse findings reported from administering the Pfizer-BioNTech vaccines and Johnson & Johnson vaccines. 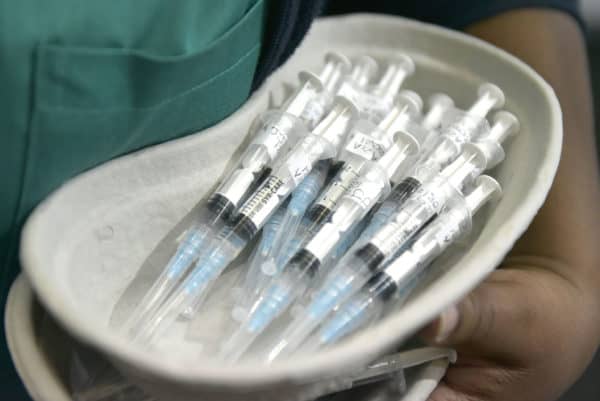 The South African Health Products Regulatory Authority (Sahpra) is investigating the cause of deaths of people who died after receiving the Covid-19 vaccine.

Briefing Parliament’s portfolio committee on health relating to the government’s vaccination rollout and the approval process of vaccines on Wednesday, Saphra chief executive officer (CEO) Dr Boitumelo Semete-Makokotlela revealed that the regulator was monitoring “adverse events following immunisation” after reports of side effects.

Semete-Makokotlela said Saphra was probing the adverse findings reported from administering the double-dose Pfizer-BioNTech vaccines and the single-dose Johnson & Johnson (J&J) shot across the country.

She said a report – which would go into detail on the examinations that were conducted on the adverse findings reported – would be released on Friday after having received more than 1,400 safety reports.

“We monitor what we call adverse events following immunisation as well as events of special interest and we will get what we call individual cases reports. By Friday we will be publishing a report on this.

“To date, as of 7th of July, we had received 1,494 or so safety reports, 564 for the Pfizer vaccine, 930 for the J&J vaccine. Again we do consider at this point how many individuals have been vaccinated.

Semete-Makokotlela further revealed that 28 people had died after getting a vaccine shot, adding that Saphra was investigating these incidences.

“There are also those who have been reported for adverse events of special interest. I have had some fatalities and those causality studies that are currently ongoing.

“And what a causality study is to say, we need to determine if the event that we saw is indeed related to the vaccine or related to something else.

“These are very comprehensive studies that are being conducted so autopsies will be done… the history of the individual in terms of what other medication they were taking.

“It’s quite an extensive process that is then being conducted, but while the process is being done we do note these fatalities and we will then monitor. What we can say is that these fatalities do not, at this point, outnumber what you would see generally in the public. But be that as it may, we are doing causality assessments,” she said.

Meanwhile, Semete-Makokotlela said while Saphra had approved three vaccines for use in South Africa – including the recent authorisation of China’s Sinovac vaccine – the regulator was still reviewing Russia’s vaccine, the Sputnik V – and China’s Sinopharm vaccine.

For the vaccines that have already been approved, the authorisation was done in terms of Section 21 of the Medicines and Related Substance Act 101 of 1965.

On the use ivermectin, Semete-Makokotlela told the committee that evidence from studies was still not conclusive on whether ivermectin has any clinical benefits against Covid-19.

She indicated there was currently no evidence that ivermectin reduced hospital admissions, disease complications or mortality, further pointing out that the drug was also not registered in the country for human use.

“Ivermectin should not be used routinely in the management of any stage of Covid-19, except in the context of sufficiently powered Randomised Clinical Trials (RCTs), with well-defined study endpoints intended for regulatory marketing authorisation,” she added.