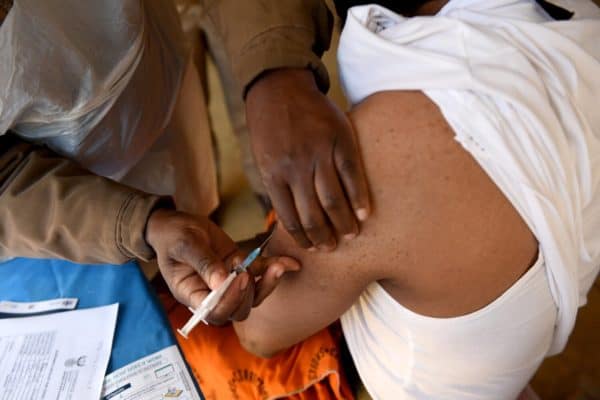 Close to 70,000 inmates have been vaccinated against the covid-19 virus.

This was revealed on Wednesday by the Department of Correctional Services (DCS) as it edges closer to vaccinating the entire inmate population halfway through the month of August 2021.

“To date, a total of 68,593 inmates have been inoculated. The daily vaccination target remains at 8,391. Correctional officials are not left behind, those who have been vaccinated thus far stand at 12,328,” the department said in a statement.

It said that prevention measures applied by correctional services have thus far managed to prevent an outbreak calamity.

“The current standard operating procedures have enforced a necessary barrier in the form of a protection wall between the general inmate population and the newly admitted persons who are to be placed in the isolation sites until cleared. In addition, the meticulous deployment of DCS officials has also made the difference,” reads the statement.

It said that the vaccination of inmates will go a long way to reduce mortality and prevent institutional outbreaks.

“The care function that must be rendered as per our mandate has made it possible for the Department to achieve a 92.23% (13 882) recovery rate. Regrettably, a total of 221 officials and 90 inmates were lost due to Covid-19 complications,” reads the statement.

The department said the Delta variant did cause an upset along with the recent unrests as correctional services recorded an above average new positive cases in the month of July 2021.

“With the recent unrests in the provinces of Gauteng and KwaZulu-Natal, there was an added strain due to the increased number of remand detainees, thus pushing DCS to create additional isolation sites,” the department explained.