The health minister is worried about younger people testing positive for the virus in the Western Cape and Northern Cape. 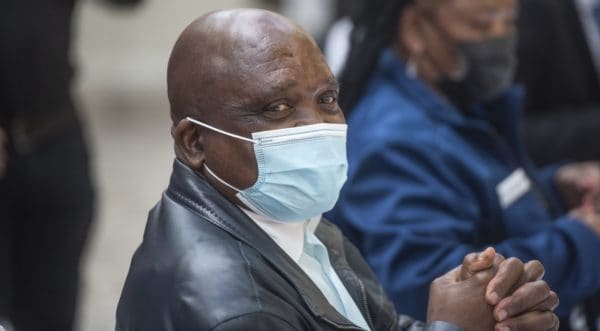 Health Minister Dr Joe Phaahla says the third wave of Covid-19 infections is behaving in an unpredictable manner as cases of the pandemic in South Africa continue to fluctuate.

Briefing the media on Friday morning regarding government’s efforts in the fight against Covid-19, Phaahla said the third wave was behaving differently from the first and second waves.

He said the country’s case trajectory had shown an initial downward trend since 9 July. However, since 13 August cases started to trend upwards again.

“This fluctuation can also be seen in individual provinces such as the Western Cape, Northern Cape, and the Free State especially. The encouraging thing is that Gauteng, which was the first and significant epicentre, has sustained a continuous downward trend,” Phaahla said.

The minister said over the last seven days there had been a 2.2% decrease in new cases, which was a very slow reduction.

“The last three days of the midweek tests have given daily positives of between 10,000 and 13,000 [per] day which is still very high, with an average positive rate of 19%-20%, very far from the World Health Organization (WHO) recommended stability of 5%,” he said.

The minister said he was worried about the trend of younger people between ages 10-19 years testing positive for the virus in the Western Cape and Northern Cape. Both provinces have a much higher positivity rate at 27% and 30% respectively.

“While some clusters can be traced to schools opening there are also indications of social activities such as partying without precautions,” he said.

“What this means is that the third wave is dragging longer and in the absence of new variants, it can only mean that more people are not taking precautions.

“The risk is that by the time we hit the fourth wave, driven by a new variant, we could be found still in medium trend of the third wave, which will mean very little break for our health workers.”

Phaahla announced that the vaccinations of citizens between 18-34, which officially started last Friday, had has been overwhelming.

As of Thursday, the total number of vaccines administered throughout the county reached 11,648 million.

The total number of individuals with at least one jab of either Pfizer or Johnson & Johnson (J&J) was 8,841 million people, which is one million more than this time last week.

“The total number of people fully vaccinated either with one dose of J&J or two doses of Pfizer is now 5,450 million which is 850,000 more than last week.

“The male-to-female ratio is being narrowed possibly by the young people now at 58,5 females to 41.5 males,” Phaahla said.