Gauteng, Limpopo officially out of the third wave of Covid infections 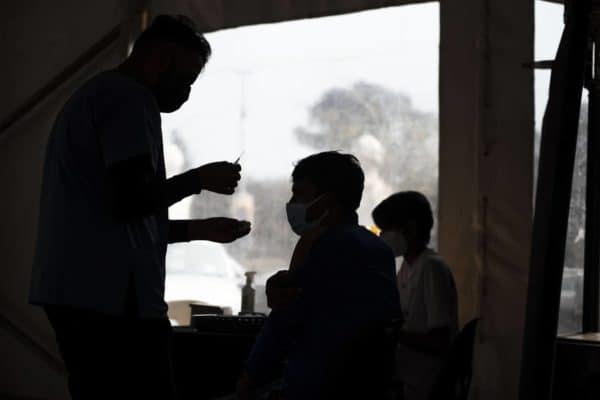 During his weekly virtual media briefing on the status of Covid-19 and the country’s vaccination rollout plans, Health Minister Dr Joe Phaahla confirmed two provinces were officially out of the third wave of infections.

Phaahla lauded Gauteng for being the only province to achieve a positivity rate below the World Health Organisation’s (WHO’s) recommendation of 5%. Gauteng’s positivity rate is currently at 4.4%.

ALSO READ: ‘The worst is yet to come’: doctors warn of third wave that’ll decimate families

In terms of active cases across the country, the figure currently stands at 12% – higher than the WHO’s recommendations, but far lower than the mid-July average of 35%.

Encouragingly, the rest of the country is steadily working its way out of the third wave, Phaahla said, with a “consistent downward trend” of new cases.

“But there is no room for complacency,” he warned, saying the rate of vaccine administration across the country needed to speed up if we were to reach our target of having 70% of the adult population vaccinated by mid-December.

The Western Cape is still contributing to the highest rate of new cases. The most active cases are currently in the Free State, followed by the Northern Cape.

ALSO READ: Looking back: These graphs show severity of the third wave in SA

The Northern Cape is also contributing to the highest daily case incidences.

Women are still leading the pack in terms of receiving the most vaccine does, with them making up 57.7% of the total. Males are at 42.3%, a statistic Phaahla said needed to improve.

Around 225,000 vaccine doses are being administered daily, including second doses which Phaahla said needed to be pushed up to 300,000.

However, he said once the country receives more Johnson & Johnson doses, this should increase the numbers of fully vaccinated people.

The electronic vaccination data system (EVDS) will on Friday receive an upgrade, in the form of a self-booking feature, Phaahla said.

ALSO READ: Registered for the vaccine? All your questions answered here

This means prospective vaccine recipients can select a date, time and site of their choice when they register on the EVDS.

Phaahla assured South Africa was not yet taking the route of requiring a vaccination passport, with present requirements for those coming into or leaving the country still being a polymerase chain reaction (PCR) test no older than 72 hours.

However, a digital vaccination certificate will be rolled out in South Africa in just over a week, Phaahla said, which is in line with the WHO’s global standardised vaccination proof.

He assured the certificate, which can be uploaded to a smartphone or be printed out, will be protected against fraud, and will be made available to anyone that has been vaccinated, as long as their details are on the EVDS system.

The department does not intend to use these certificates to inhibit anyone from accessing public services, he emphasised.

'Who's fooling who?' ANC roasted for 'breaching' lockdown regulations
4 hours ago
4 hours ago

More than 1,370 suspects arrested in Gauteng over the weekend
8 hours ago
8 hours ago

Covid-19 treatments: What works, what might and what doesn't
9 hours ago
9 hours ago

'Who's fooling who?' ANC roasted for 'breaching' lockdown regulations
4 hours ago
4 hours ago

More than 1,370 suspects arrested in Gauteng over the weekend
8 hours ago
8 hours ago

Covid-19 treatments: What works, what might and what doesn't
9 hours ago
9 hours ago