The World Health Organisation’s Regional director for Africa said the COVAX facility has delivered some five million vaccine doses to the continent. 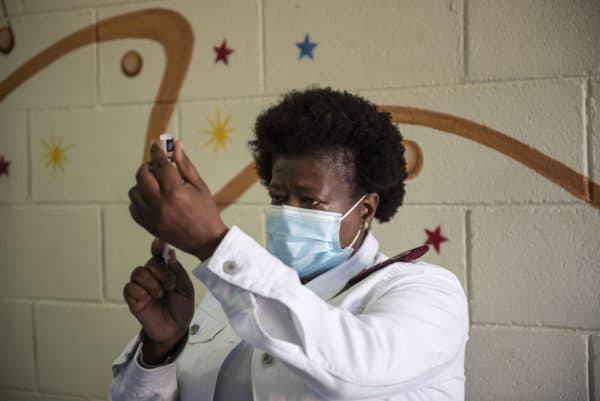 Africa has recorded a 23% decline in new Covid-19 cases during the first week of September, according to the World Health Organisation’s Regional director for Africa, Dr Matshidiso Moeti.

Moeti said the decline is the highest since the peak of the third wave in July. She warned, however, that the infectious Delta variant of the virus is slowing down the decline.

“This is an encouraging sign but I think we can see that it’s coming off a rather higher peak than the previous two waves. Variants of concern, particularly the Delta, have sparked flare-ups, prolonging the acute phase of the third wave for longer than we had expected.

“This is creating challenges for the public health response, compounded by population fatigue and difficulties people are having in adhering to personal preventive measures, especially where living and working conditions are crowded,” she said.

In reference to Covid-19 vaccines, Moeti said the COVAX Facility has delivered some five million doses to the continent.

However, she lamented reports that millions of critically needed vaccine doses are being disposed of in some countries.

“I was saddened to read that three times as many doses have been thrown away in the United States alone…15 million doses since March 2021. This is enough vaccines to cover everyone over 18 years in Liberia, Mauritania and the Gambia. Every dose is precious and has the potential to save a life.”

She joined growing calls for vaccine equity in the world.

“High income countries have pledged to share one billion doses and so far, 120 million doses have been released globally. Manufacturing companies are now producing 1.2 billion doses each month and two billion doses are required to reach 40% of people in every country.

“If producing countries and companies can prioritise vaccine equity, this pandemic can be over quickly,” Moeti said.

Meanwhile, Moeti announced that WHO Africa Region will spend at least R63 million and provide technical support for a new regional centre for genomic sequencing and surveillance in South Africa.

The initiative will be run together with the South African National Bioinformatics Institute (SANBI) based in Cape Town.

Genomic sequencing allows scientists to identify viruses like COVID-19, watch how they behave and changes over time, and gather information on how they might behave and impact health.

“Knowing which variants are circulating and where they are circulating is critical to informing effective response operations. The centre will help to scale up sequencing and bioinformatics on the continent for COVID-19 and other diseases. This analysis will shed light on what pathways COVID-19 is using to spread into communities,” Moeti said.

NOW READ: Vaccine hesitancy in SA: Nearly half believe in the power of prayer