Anti-vaxx protestors in Johannesburg say they want to see the virus which causes Covid-19, so they can create 'alternative treatments'. 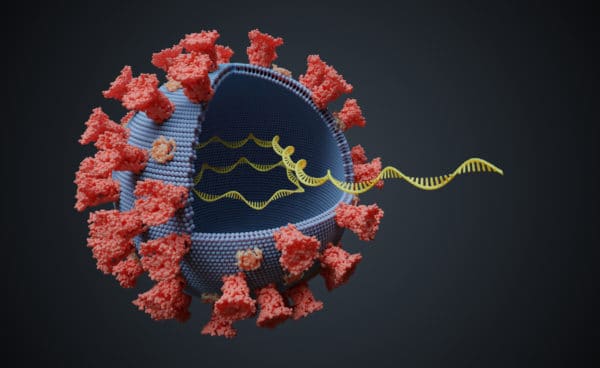 Anti-vaccine protesters took to the streets of Edenvale at the weekend to march for their freedom of choice, holding placards rejecting the Covid vaccine.

The Worldwide Rally for Freedom organiser Daryl Hardy said the purpose of the rally was to reject the mandate of vaccines and encourage the use of alternative treatments.

“The people are uniting because of the mandatory vaccine; because of the tyranny which was taking place. We’ve been asking [President] Cyril Ramaphosa to show us the virus, because we have great scientists in the country that can resolve it with alternative treatments… it’s illegal to mandate a vaccine,” he said.

Also Read: Ouch! Anti-vaxxers might be forced to get Covid-19 vaccine

“We are seeing countless people with blood clotting and reporting people who have died and are paralysed.

According to yalemedicine.com, in America by May, “nine million doses had been administered and the number of rare blood clot cases had grown to 28 – six of them in men, according to America’s Centres for Disease Control and Prevention. At that point, three people had died”.

Thus far no definitive deaths due to the vaccine have been reported in South Africa.

“The truth is in the blood. The virus should have been isolated long ago. Our scientists could have sorted it out and people should have been told about alternative treatments and the truth about immunity, as it doesn’t come through any vaccine but the immune system,” Hardy also said.

The belief that the novel coronovirus which causes Covid-19 has never been isolated persists among anti-vaxxers, despite the fact that the virus was isolated and sequenced as early as January 7 2020.

This sequencing allowed scientists to recreate the virus’s proteins, and from there create vaccines used to target these specific proteins. The different vaccines use different approaches to targeting the virus, with the Moderna and Pfizer-BioNTech vaccines using ground-breaking messenger RNA (mRNA) technology which instructs the body to create proteins that look similar to those on the outer shell of the coronavirus.

This causes the immune system to attack these proteins, and learn to attack future infections by similar looking proteins, which means the body is primed to defend against an actual Covid infection.

As anyone who paid attention in high school science classes may remember, there is a difference between deoxyribonucleic acid (DNA) and Ribonucleic acid (RNA). This means the myth that the virus can alter your DNA is also not true.

Big noise from a small minority

Epidemiologist Dr Jo Barnes said anti-vaccinators comprised approximately 5% of SA’s population, but made a great deal of noise and influenced the vaccine-hesitant to an alarming degree.

“They are ‘locked in’ to their opinion or position and cannot allow themselves to get out of the corner,” she said.

“Keeping that in mind … what lies behind their opinions is a serious and complex set of psychological drivers.”

Freedom of choice was one of the frequently used rallying cries used by anti-vaccinators.

Anti-vaxxer Marian Lydon said although she had contracted the virus, she believed “the coronavirus has been altered … it is not a respiratory thing but more to do with blood clotting. I am suffering, and if I took an injection now it would increase my viral load.”