But industry interventions by the CMS have seen some medical scheme members benefiting from the aftermath of the pandemic, with little to no increases on monthly contributions. 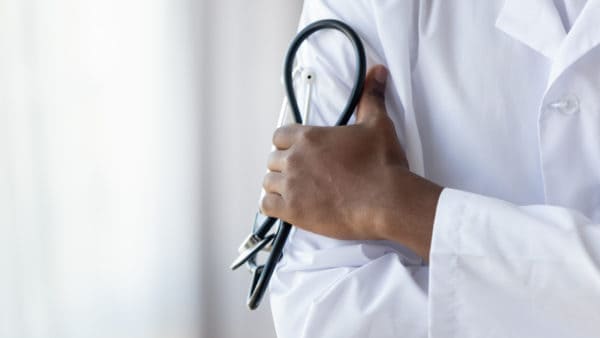 Medical scheme beneficiaries scored lower-than-usual premium increases, while over half experienced no increases at all, according to the latest industry report.

This is due to the Council of Medical Schemes’ adjusted pricing guidelines for Covid-19 last year, a massive drop in membership numbers and the use of medical scheme services.

According to the CMS Annual Industry Report for 2020/2021, the number of beneficiaries covered by medical schemes has remained stagnant in the past decade, not surpassing the nine million mark.

The impact and effects of Covid-19 also seem to have negatively impacted the number of lives covered. But industry interventions by the CMS has seen some medical scheme members benefiting from the aftermath of the pandemic with little to no increases on monthly contributions.

The report notes that Covid-19 negatively impacted the exposure data, with many individuals being laid
off or losing their jobs, resulting in many members being unable to afford private health care.

Covid-19 a plus for remaining beneficiaries

The proportion of beneficiaries covered by medical schemes expressed as a proportion of the population in the country declined during the period under review, from 16% in 2000 to 14.78% in 2020.

This factor, coupled with the way schemes have adhered to pricing guidelines introduced by the council last year in response to the pandemic, have led to the lowest rate of increases for beneficiary contributions in years.

According to Michael Willie, general manager: research and monitoring for CMS, the council issued guidelines last year to encourage medical schemes to keep their member contributions increases as minimal as possible, taking into consideration the devastating effect Covid-19 has had on members’ finances.

“A lot of medical schemes, in fact, 45% of them managed to keep their contributions increase at a level of 3,9% or under, which we commend because it means that they took the guideline into consideration in their pricing mechanism,” says Willie, who was speaking during the launch of the report on Tuesday.

“We have observed a decline in membership numbers and membership utilisation of medical aid services and as such medical schemes have been able to make some savings as far as benefits are concerned and were able to keep contributions low as a result. We have actually seen our lowest contributions increase in a few years, so this has been a significant plus for members in this case.”

According to the report, these numbers are based on data from 73 schemes, representing 99.84% of medical scheme beneficiaries.

The CMS allowed for the utilisation of personal medical savings accounts to offset contributions, the relaxation of credit policies, contribution holidays and lower future contribution increases. It did this through various concessions.

The CMS also came to the rescue of small, medium and micro-sized enterprises (SMMEs) with less than 200 employees, allowing schemes to make payment arrangements with these businesses in order to protect their employees’ cover.

Medical scheme members on the decline

Meanwhile, the report highlights that there were scant increases in the number of beneficiaries, with many schemes seeing a decline in this metric.

Year-on-year increases in terms of beneficiaries were only notable in three schemes, which grew by more than 5% over the period, mainly Makoti Medical Scheme (20.3%), LA-Health (7.1%) and Building & Construction Industry Medical Aid Fund (5.9%).

The Government Employees Medical Scheme (GEMS) contributed to the increase in restricted schemes and registered 71,463 beneficiaries, with less than 5% year-on-year growth (3.8%).

Open schemes generally saw a decline in the number of beneficiaries covered in 2020 compared to 2019.