This is the third such fire in the municipality in the recent past. 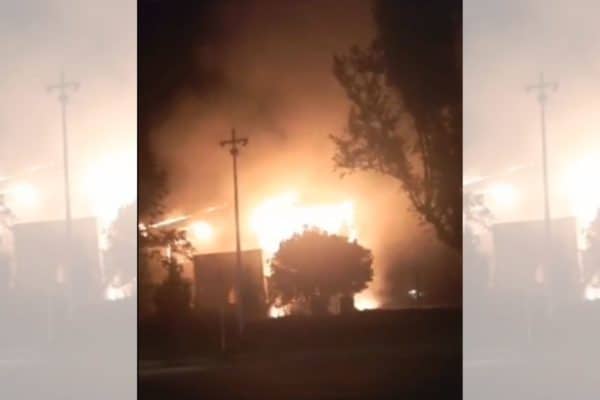 Irate residents of Komani, formerly Queenstown, in the Eastern Cape have asked provincial MEC for cooperative governance and traditional affairs Xolile Nqatha to institute an investigation into the fire which on Monday razed the local municipality’s historic JC Marshall building.

It was the town’s art gallery, and historic and prized artworks and crafts were said to have been destroyed in the fire. Allegedly no maintenance had been done on the property for years.

The Enoch Mgijima local municipality did not respond to the fire because it had no fire engine.

The municipality was a result of the merger of the former Lukhanji (Queenstown), Tsolwana (Tarkastad) and Inkwanca (Molteno) and fell under the Chris Hani district municipality.

Democratic Alliance member of the provincial legislature Jane Cowley led the charge against what she called “criminal neglect of infrastructure” by ANC-led Enoch Mgijima municipality.

Cowley, who is also constituency leader for Enoch Mgijima area, vowed to write to Nqatha to request a full investigation into why the local municipality was not equipped to fight fires.

“Despite repeated requests by our councillors and residents to have the building secured and properly maintained by the municipality, the opposite has happened,” she said.

“Once an arts and crafts centre, it became progressively more neglected and many of the building’s contents, including artworks of value, have been removed over the past years, leaving the building almost completely stripped and vandalised by vagrants.”

Cowley demanded that the municipal manager and director of human settlements be suspended from office as a matter of urgency because their incompetence, lack of accountability and maladministration had clearly become a threat to the safety and wellbeing of residents.

This is the third such fire in the municipality in the recent past. A fire gutted the local economic development office and the municipal public accounts committee office, where sensitive municipal documentation burnt to ashes.

The municipality confirmed an investigation is underway.