205 new Covid-19 cases have been identified in South Africa 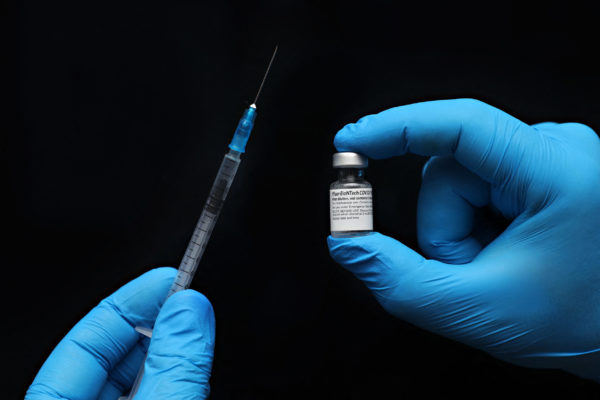 A medical syringe and vials of the Pfizer pharmaceutical corporation and BioNTech are seen. Picture: AFP/Getty Images/Cindy Ord

As of Sunday, South Africa has recorded a total of 89,332 Covid-19 related deaths, with 13 new deaths reported in the past 24 hours.

205 new Covid-19 cases have been identified in South Africa, which brings the total number of laboratory-confirmed cases to 2 923 956.

This increase represents a 0.8% positivity rate, the National Institute for Communicable Diseases (NICD), a division of the National Health Laboratory Service, announced.

18 724 313 tests have been conducted in both the public and private sectors.

There has been an increase of 22 hospital admissions in the past 24 hours.

The novel coronavirus has killed at least 5,042,330 people since the outbreak emerged in China in December 2019, according to a tally from official sources compiled by AFP at 1100 GMT on Sunday.

The vast majority have recovered, though some have continued to experience symptoms weeks or even months later.