New Zealand wildlife lovers are mourning the death of a gannet named Nigel, dubbed "the loneliest bird in the world" due to the absence of any feathered friends on his island home.

Instead the seabird, also known as “no-mates Nigel”, spent years living among a colony of fake concrete birds set up by conservationists in a bid to attract wildlife.

The antisocial avian fell in love with one of the decoys on Mana Island, off the Wellington coast, and was seen preening, nestling and even trying to mate with it.

“Nigel chose to live on Mana, and we know he was happy there because he could have left any time and didn’t,” Department of Conservation ranger Chris Bell said Wednesday.

“It was odd behaviour for a gannet, but every group has their individuals.” 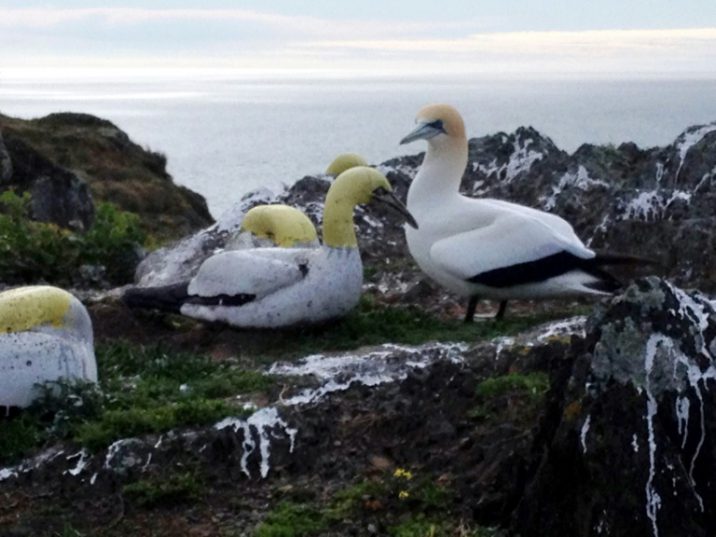 Sadly, Nigel may have died just as the fake colony was having its desired effect, with Bell reporting that three gannets began visiting Mana in late December

Bell found Nigel’s body lying next to his stony sweetheart late last month and believes he died of old age, although an autopsy is yet to confirm the theory.

Sadly, Nigel may have died just as the fake colony was having its desired effect, with Bell reporting that three gannets began visiting Mana in late December.

Bell said Australasian gannets like Nigel, while not endangered, needed nesting sites that were not vulnerable to introduced pests such as rats and stoats.

“Gannets are extremely social birds and they make their decisions on where to live based on that,” he said.

“The decoys are our way of telling passing-by gannets that this place is safe, it’s predator free and it would be a good place for them to live.”

He said the three gannet newcomers were now regular visitors to the island and may yet set up a colony that could act as Nigel’s legacy.

“We are conscious that without Nigel the other three might not choose to nest here but only time will tell. We’re optimistic,” he said.