They will come equipped with riot gear and weapons, but so far they have not been authorized to arm themselves while on the streets of the US capital. 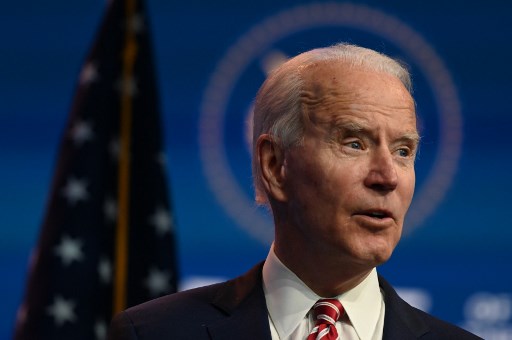 President Joe Biden speaks during a press conference at The Queen in Wilmington, Delaware on November 16, 2020. Picture: ROBERTO SCHMIDT / AFP)

The Pentagon said Monday it has authorized 15,000 National Guard troops to be deployed for Joe Biden’s January 20 inauguration amid fears of more violence by supporters of President Donald Trump.

Already 6,200 are on the ground in Washington, and a total of 10,000 are planned by the coming weekend, said General Daniel Hokanson, chief of the Defense Department’s National Guard Bureau.

Another 5,000 could be deployed by the day of the inauguration, he said.

They will come equipped with riot gear and weapons, but so far they have not been authorized to arm themselves while on the streets of the US capital, he said.

For the moment their mission is to support local police in communications, logistics, and security, he said.

Authorizing the National Guard to deploy in a law enforcement role, armed and empowered to make arrests, would be a “last resort” if the security situation got out of hand, Hokanson said.

The Pentagon and the Guard have been criticized for a slow response on Wednesday when the US Capitol was besieged by thousands of Trump supporters attacking an undermanned and unprepared Congressional security force.

But Pentagon officials say they were summoned late and did not immediately have with them the required riot gear.

“They did not anticipate that level of violence,” said Hokanson.

Earlier Washington Mayor Muriel Bowser, anticipating the possibility of tension around the inauguration, called for people to stay away from the city.

“We are asking Americans not to come to Washington DC for the 59th presidential inauguration on January 20 and to instead participate virtually,” she said.