As an incentive, city employees will receive an extra $500 in their paycheck if they get vaccinated by October 29. 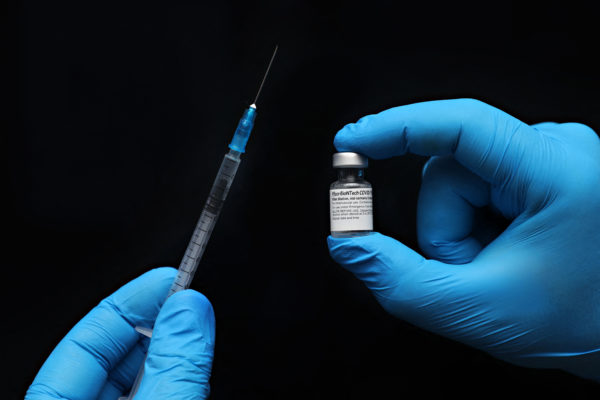 New York City on Wednesday ordered all public workers, including police officers, to get vaccinated against Covid-19 or risk losing their jobs, the latest innoculation mandate in the United States that is likely to prove contentious.

The mandate will come into force from November 1, apart from corrections officers who will have another month to get vaccinated due to a staffing crisis at Rikers Island prison.

“Unvaccinated employees will be placed on unpaid leave until they show proof of vaccination to their supervisor,” the mayor’s office said in a statement.

They will not have the option of providing a negative test instead.

The order is likely to be contentious as New York’s police unions have already voiced opposition to employment based on innoculation, citing personal freedom.

As an incentive, city employees will receive an extra $500 in their paycheck if they get vaccinated by October 29.

More than 70 percent of the workers affected by the mandate have already received at least one vaccine dose, which leaves around 46,000 of them unvaccinated.

The order essentially extends an earlier mandate that required all public sector teachers and healthcare workers to receive a vaccine. That directive dramatically increased vaccination rates.

More than 34,000 people have died from Covid-19 in the city of more than 8 million people.

More than 84 percent of adults in the city have already received at least one vaccine dose, according to official statistics.

In Chicago, a police union is challenging the city’s attempts to force all police officers to get vaccinated.

Omicron: Instead of praising SA scientists, the world goes mad
6 hours ago
6 hours ago

Omicron: Instead of praising SA scientists, the world goes mad
6 hours ago
6 hours ago