Birmingham Crown Court was told that following his arrest on September 7 last year, McLeod spoke of hearing voices and appeared unaffected by the bloody carnage he had inflicted. 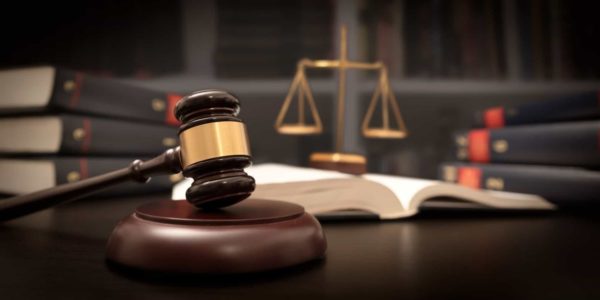 A man with paranoid schizophrenia was jailed for life on Thursday for killing a university worker during a random knife rampage in Britain’s second city of Birmingham.

Zephaniah McLeod’s motiveless stabbing and slashing spree early on September 6 last year initially raised fears of a copycat of Islamist-inspired attacks in London in 2019 and 2020.

But detectives, who shut down the city and dispersed weekend revellers as they hunted the knifeman, quickly ruled out a link to extremists, gangs and a hate crime.

Judge Edward Pepperall sentenced McLeod, 28, to a minimum of 21 years in jail, and ordered that the term be served initially at a high-security psychiatric hospital.

“I have no doubt whatsoever you are a very dangerous man and pose a significant risk to members of the public of serious harm,” he told him.

“Such a sentence ensures you first obtain treatment but means should you ever be assessed as fit to leave hospital you will be transferred to a prison and not simply released.”

McLeod admitted the manslaughter by diminished responsibility of 23-year-old Jacob Billington, who unwittingly crossed his path while he was on a night out with friends.

He also pleaded guilty to four counts of attempted murder, and three others of wounding with intent to cause grievous bodily harm.

A friend of Billington was left partially paralysed after being stabbed in the neck.

Birmingham Crown Court was told that following his arrest on September 7 last year, McLeod spoke of hearing voices and appeared unaffected by the bloody carnage he had inflicted.

He first reported symptoms of paranoid schizophrenia in 2012 and had been released unsupervised from prison in April 2020.

He fell off the radar of local mental health services during the coronavirus pandemic and had been seen three days before the attack but refused psychiatric assessment.

The judge said that given his history of mental illness, it was a “matter of considerable concern” that McLeod was “lost in the system” after his release.

McLeod told a psychiatrist after his arrest that he had been a heavy user of crack cocaine, cannabis and alcohol from August 2020.

But he said he had no memory of the attack.

He had also not been prescribed his own medication after his release from prison and was “highly psychotic” at the time he went on the rampage.