Putin urges Russia to get Covid jabs, no mandatory vaccines

The long-serving 69-year-old leader said last week he had received a booster injection of Russia's Sputnik V jab and 'did not have any sensations'. 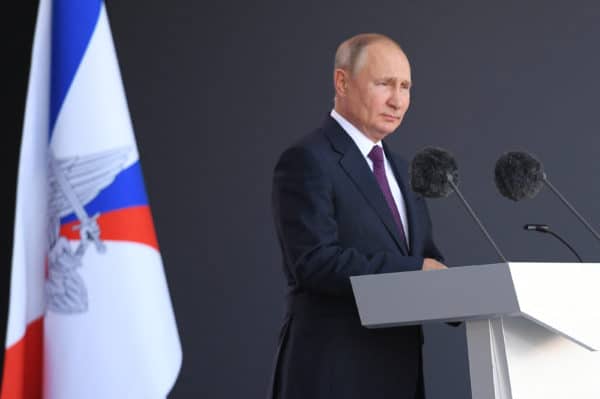 Russian President Vladimir Putin on Wednesday made another appeal to sceptical Russians to vaccinate themselves against Covid-19 but remained opposed to mandatory vaccinations.

Putin also said he took part in trials of a nasal Covid vaccine and that he had experienced no problems after receiving a booster jab last week.

Despite his repeated pleas, only around 37 percent of Russians are fully vaccinated. The country has in recent weeks seen more than 1,000 Covid deaths a day.

“I recommend for everyone to not only undergo the vaccination procedure on time, but also revaccination,” the Russian leader said at a televised government meeting.

He said this was “extremely important” but added he was still opposed to mandatory vaccination.

“In general, I think vaccinations should be voluntary, especially for children,” he added, as Moscow expects to register a vaccine for children between the ages of 12 and 17 next month.

The long-serving 69-year-old leader said last week he had received a booster injection of Russia’s Sputnik V jab and “did not have any sensations”.

He said he took part in a Russian nasal vaccine trial the following day and felt well after both procedures.

“The next day after the jab, they put this powder in (my) nose,” he continued.

“Today I already did some sport,” he added.

Russia is one of the world’s hardest-hit countries and is struggling with widespread opposition to vaccination, even though it has developed several homegrown jabs including Sputnik V.

The country has recorded more than 9.4 million coronavirus cases, the fifth-highest number in the world, and more than 266,000 virus-related deaths, according to government figures.

State statistics agency Rosstat said the actual death toll from the pandemic in the country was closer to 450,000 by the end of September.