Mugabe has no plans to step down despite turning 93

Mugabe claims he would have resigned long ago, but there are millions who want him to continue. 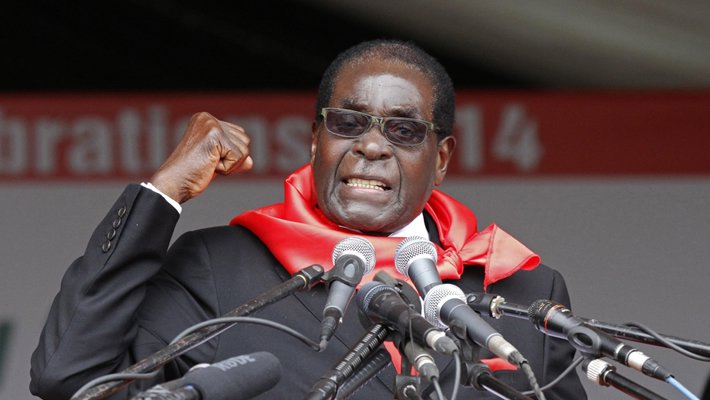 Zimbabwean President Robert Mugabe has insisted he would not be ceding power despite his advanced age and protests from the opposition and infighting within his Zanu-PF party.

Ahead of his 93rd birthday on Tuesday, the veteran leader claimed he would have resigned long ago, but there were millions who wanted him to continue at the position he assumed in 1980 at independence.

“They (Zanu-PF) want me to stand for elections. Of course, if I feel that I can’t do it anymore, I will say so to my party so that they [can] relieve me. But, for now, I think I can’t say so,” said Mugabe, dismissing claims that he was unwilling to continue governing.

The latest defiance comes at a time the majority of the 15 million population and opposition parties such as the Movement for Democratic Change (MDC-T) and Zimbabwe People First (ZimPF) were calling for Mugabe to quit politics citing his ill health and the economic decline.

He has repeatedly denies the reports but frequents Asia for ‘checkups’.

It is highly likely Mugabe will run for another term at the 2018 presidential elections.

This past weekend, his increasingly influential wife 51-year-old Grace Mugabe gave him a superfluous endorsement, saying if he died before the polls, the party could field his corpse and still win.

She claimed current leaders tipped to succeed him would lose polls even against a chicken.

The First Lady is reportedly leading a faction that wants her to succeed Mugabe while Mugabe’s deputy, Emmerson Mnangagwa, leads another.

'This means more': Siya Kolisi sends a shoutout to his three-year-old fan
3 days ago
3 days ago
PREMIUM!

'This means more': Siya Kolisi sends a shoutout to his three-year-old fan
3 days ago
3 days ago
PREMIUM!