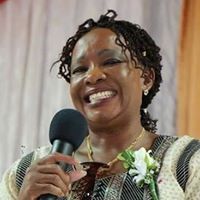 President Mnangagwa announced the first lady’s official page on his own page on Tuesday evening.

Mrs Mnangagwa followed with a short video announcing her page and invited Zimbabweans to communicate openly with her through the platform.

President Mnangagwa himself opened his official Facebook page a month ago, and has been kept busy and at times is able to respond immediately to messages.

ZimNews reports that the page generated controversy when some Zimbabweans claimed they have been blocked from the page after posting controversial matters, including the disappearance of Itai Dzamara.

It might have been hardly 24 hours, but it looks like Mrs Mnangagwa herself will be kept busy. Some Facebook users are already giving her tasks to do, and it is a bit premature to judge her response time.

Sikhonzile F Malinga took the flattery route: “I know you can’t be like the previous [one]…its just not in you I see it in the way you open your small eyes.”

The first lady was not going to be left off the hook for keeping her account moribund, as Peter Ruredzo explained: “Welcome Mama. We would also be delighted seeing you replying our comments and inbox messages. Pamberi mberi nemi Moms.”

And just like when her husband took over power from former president Robert Mugabe in a soft coup, she was once again advised to steer clear of her husband’s office. “First lady I thought it is wiser for you to leave politics and concentrate on humanitarian aid. Being a first Lady of this land being a politician can cause more problems,” said Samuel Dehwa Moyo Chitewere.